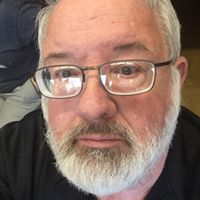 This will prevent Craig from sending you messages, friend request or from viewing your profile. They will not be notified. Comments on discussion boards from them will be hidden by default.
Sign in to Goodreads to learn more about Craig.

Craig Bolton is currently reading
The Artist, the Philosopher, and the Warrior: Three Renaissance Lives
by Paul Strathern
bookshelves: currently-reading

Craig Bolton is currently reading
Against Heresies
by Irenaeus of Lyons
bookshelves: currently-reading

See all 328 books that Craig is reading…

“The ultimate result of shielding men from the effects of folly is to fill the world with fools.”
― Herbert Spencer
tags: folly
61 likes

“When in trouble or in doubt, run in circles, scream and shout.”
― Cory Doctorow
tags: humor, little-brother
177 likes

“I was quite depressed two weeks ago when I spent an afternoon at Brentano's Bookshop in New York and was looking at the kind of books most people read. Once you see that you lose all hope.”
― Friedrich August von Hayek
tags: economics, politics
48 likes

“In the first instance, it is probably true that in general the higher the education and intelligence of individuals becomes, the more their views and tastes are differentiated and the less likely they are to agree on a particular hierarchy of values. It is a corollary of this that if we wish to find a high degree of uniformity and similarity of outlook, we have to descend to the regions of lower moral and intellectual standards where the more primitive and "common" instincts and tastes prevail. This does not mean that the majority of people have low moral standards; it merely means that the largest group of people whose values are very similar are the people with low standards. It is, as it were, the lowest common denominator which unites the largest number of people. If a numerous group is needed, strong enough to impose their views on the values of life on all the rest, it will never be those with highly differentiated and developed tastes -it will be those who form the "mass" in the derogatory sense of the term, the least original and independent, who will be able to put the weight of their numbers behind their particular ideals.”
― Friedrich Hayek, The Road to Serfdom
tags: economics, politics
2 likes

Polls voted on by Craig