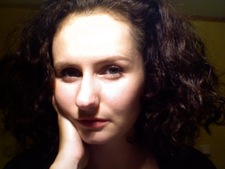 This will prevent Jeta from sending you messages, friend request or from viewing your profile. They will not be notified. Comments on discussion boards from them will be hidden by default.
Sign in to Goodreads to learn more about Jeta.

Jeta is currently reading
Then She Was Gone
by Lisa Jewell (Goodreads Author)
bookshelves: currently-reading

“The personality susceptible to the dream of limitless freedom is a personality also prone, should the dream ever sour, to misanthropy and rage.”
― Jonathan Franzen, Freedom
tags: freedom, personality
92 likes

“Katz had read extensively in popular sociobiology, and his understanding of the depressive personality type and its seemingly perverse persistence in the human gene pool was that depression was successful adaptation to ceaseless pain and hardship. Pessimism, feelings of worthlessness and lack of entitlement, inability to derive satisfaction from pleasure, a tormenting awareness of the world's general crappiness: for Katz Jewish paternal forebears, who'd been driven from shtetl to shtetl by implacable anti-Semites, as for the old Angles and Saxons on his mother's side, who'd labored to grow rye and barley in the poor soils and short summers of northern Europe, feeling bad all the time and expecting the worse had been natural ways of equilibriating themselves with the lousiness of their circumstances. Few things gratified depressives, after all, more than really bad news. This obviously wasn't an optimal way to live, but it had its evolutionary advantages.”
― Jonathan Franzen, Freedom
tags: depressives
16 likes

“Finally, this principle and its corollary lead to a conclusion, deduced as an imperative: that the objective of the exercise of power is to reinforce, strengthen and protect the principality, but with this last understood to mean not the objective ensemble of its subjects and territory, but rather the prince's relation with what he owns, with the territory he has inherited or acquired, and with his subjects.”
― Michel Foucault, The Foucault Effect: Studies in Governmentality
tags: governmentality, machiavelli, risk-society
7 likes

“Government is defined as a right manner of disposing things so as to lead not to the form of the common good, as the jurists' texts would have said, but to an end which is 'convenient' for each of the things that are to governed. This implies a plurality of specific aims: for instance, government will have t ensure that the greatest possible quantity of wealth is produced, that the people are provided with sufficient means of subsistence, that the population in enabled to multiply, etc. There is a whole series of specific finalities, then, which become the objective of government as such. In order to achieve these various finalities, things be disposed - and this term, [i] dispose [/i], is important because with sovereignity the instrument that allowed it to achieve its aim - that is to say, obedience to the laws - was the law itself; law and sovereignity were absolutely inseparable.”
― Michel Foucault, The Foucault Effect: Studies in Governmentality
5 likes

Orhan Pamuk
author of: My Name Is Red

Polls voted on by Jeta