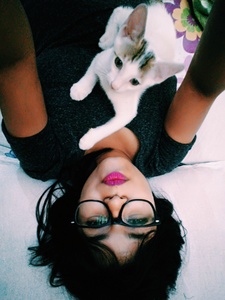 This will prevent Annie from sending you messages, friend request or from viewing your profile. They will not be notified. Comments on discussion boards from them will be hidden by default.
Sign in to Goodreads to learn more about Annie.

“This malady which Swann’s love had become had so proliferated, was so closely interwoven with all his habits, with all his actions, with his thoughts, his health, his sleep, his life, even with what he hoped for after his death, was so utterly inseparable from him, that it would have been impossible to eradicate it without almost entirely destroying him; as surgeons say, his love was no longer operable.”
― Marcel Proust, Swann's Way
27 likes

“What on earth could be more luxurious than a sofa, a book, and a cup of coffee?...Was ever anything so civil?”
― Anthony Trollope, The Warden
648 likes

“A multitude of people and yet a solitude.”
― Charles Dickens , A Tale of Two Cities
334 likes

ManBookering — 1569 members — last activity Sep 19, 2020 11:48PM
Join us as we read the backlist of Man Booker Prize winners and the nominees each year for the MBP!

Charles Dickens
author of: A Tale of Two Cities
More…

Best Books of 2014 That Are NOT Erotica

Polls voted on by Annie