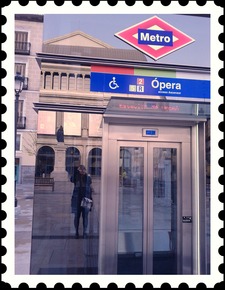 This will prevent Cristina from sending you messages, friend request or from viewing your profile. They will not be notified. Comments on discussion boards from them will be hidden by default.
Sign in to Goodreads to learn more about Cristina.

Cristina is currently reading
Empire of Pain: The Secret History of the Sackler Dynasty
by Patrick Radden Keefe
bookshelves: currently-reading

“It's the repetition of affirmations that leads to belief. And once that belief becomes a deep conviction, things begin to happen.”
― Muhammad Ali, Muhammad Ali: In Perspective
22 likes

“Are you paralyzed with fear? That’s a good sign. Fear is good. Like self-doubt, fear is an indicator. Fear tells us what we have to do. Remember one rule of thumb: the more scared we are of a work or calling, the more sure we can be that we have to do it.”
― Steven Pressfield, The War of Art: Winning the Inner Creative Battle
340 likes

“Individuals who structure their careers around autonomy, mastery, and purpose will have a powerful body of work.”
― Pamela Slim, Body of Work: Finding the Thread that Ties Your Career Together
2 likes

“It is not the critic who counts; not the man who points out how the strong man stumbles, or where the doer of deeds could have done them better. The credit belongs to the man who is actually in the arena, whose face is marred by dust and sweat and blood; who strives valiantly; who errs, who comes short again and again, because there is no effort without error and shortcoming; but who does actually strive to do the deeds; who knows great enthusiasms, the great devotions; who spends himself in a worthy cause; who at the best knows in the end the triumph of high achievement, and who at the worst, if he fails, at least fails while daring greatly, so that his place shall never be with those cold and timid souls who neither know victory nor defeat.”
― Theodore Roosevelt
tags: inspirational, politics, presidential
7206 likes

Polls voted on by Cristina