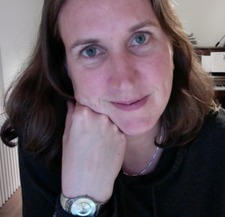 “I feel to that the gap between my new life in New York and the situation at home in Africa is stretching into a gulf, as Zimbabwe spirals downwards into a violent dictatorship. My head bulges with the effort to contain both worlds. When I am back in New York, Africa immediately seems fantastical – a wildly plumaged bird, as exotic as it is unlikely.

Most of us struggle in life to maintain the illusion of control, but in Africa that illusion is almost impossible to maintain. I always have the sense there that there is no equilibrium, that everything perpetually teeters on the brink of some dramatic change, that society constantly stands poised for some spasm, some tsunami in which you can do nothing but hope to bob up to the surface and not be sucked out into a dark and hungry sea. The origin of my permanent sense of unease, my general foreboding, is probably the fact that I have lived through just such change, such a sudden and violent upending of value systems.

In my part of Africa, death is never far away. With more Zimbabweans dying in their early thirties now, mortality has a seat at every table. The urgent, tugging winds themselves seem to whisper the message, memento mori, you too shall die. In Africa, you do not view death from the auditorium of life, as a spectator, but from the edge of the stage, waiting only for your cue. You feel perishable, temporary, transient. You feel mortal.

Maybe that is why you seem to live more vividly in Africa. The drama of life there is amplified by its constant proximity to death. That’s what infuses it with tension. It is the essence of its tragedy too. People love harder there. Love is the way that life forgets that it is terminal. Love is life’s alibi in the face of death.

For me, the illusion of control is much easier to maintain in England or America. In this temperate world, I feel more secure, as if change will only happen incrementally, in manageable, finely calibrated, bite-sized portions. There is a sense of continuity threaded through it all: the anchor of history, the tangible presence of antiquity, of buildings, of institutions. You live in the expectation of reaching old age.

At least you used to.

But on Tuesday, September 11, 2001, those two states of mind converge. Suddenly it feels like I am back in Africa, where things can be taken away from you at random, in a single violent stroke, as quick as the whip of a snake’s head. Where tumult is raised with an abruptness that is as breathtaking as the violence itself. ”
― Peter Godwin, When a Crocodile Eats the Sun: A Memoir of Africa
tags: africa, life, zimbabwe
25 likes

“You learn not to mourn every little thing out here, or you’d never, ever stop grieving.”
― Alexandra Fuller, Cocktail Hour Under the Tree of Forgetfulness
tags: africa, grief, grieving
43 likes