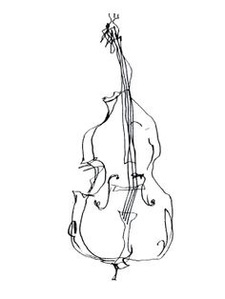 This will prevent ColumbusReads from sending you messages, friend request or from viewing your profile. They will not be notified. Comments on discussion boards from them will be hidden by default.
Sign in to Goodreads to learn more about ColumbusReads.

“I imagine one of the reasons people cling to their hates so stubbornly is because they sense, once hate is gone, they will be forced to deal with pain.”
― James Baldwin, The Fire Next Time
tags: fear, hate, pain
2796 likes

“Your children are not your children.
They are sons and daughters of Life's longing for itself.
They come through you but not from you.
And though they are with you yet they belong not to you.

You may give them your love but not your thoughts,
For they have their own thoughts.
You may house their bodies but not their souls,
For thir souls dwell in the house of tomorrow, which you cannot visit, not even in your dreams.
You may strive to be like them, but seek not to make them like you.
For life goes not backward nor tarries with yesterday.
You are the bows from which your children as living arrows are sent forth.
The archer sees the make upon the path of the infinite, and He bends you with His might that His arrows may go swift and far.
Let your bending in the archer's hand be for gladness.
For even as He loves the arrow that flies, so He also loves the bow that is stable.”
― Kahlil Gibran
tags: parenting
1807 likes

“The only reason you say that race was not an issue is because you wish it was not. We all wish it was not. But it’s a lie. I came from a country where race was not an issue; I did not think of myself as black and I only became black when I came to America. When you are black in America and you fall in love with a white person, race doesn’t matter when you’re alone together because it’s just you and your love. But the minute you step outside, race matters. But we don’t talk about it. We don’t even tell our white partners the small things that piss us off and the things we wish they understood better, because we’re worried they will say we’re overreacting, or we’re being too sensitive. And we don’t want them to say, Look how far we’ve come, just forty years ago it would have been illegal for us to even be a couple blah blah blah, because you know what we’re thinking when they say that? We’re thinking why the fuck should it ever have been illegal anyway? But we don’t say any of this stuff. We let it pile up inside our heads and when we come to nice liberal dinners like this, we say that race doesn’t matter because that’s what we’re supposed to say, to keep our nice liberal friends comfortable. It’s true. I speak from experience.”
― Chimamanda Ngozi Adichie, Americanah
1216 likes

“I love America more than any other country in the world and, exactly for this reason, I insist on the right to criticize her perpetually.”
― James Baldwin
tags: dissent, patriotism, protest
916 likes

“You think your pain and your heartbreak are unprecedented in the history of the world, but then you read.”
― James Baldwin
3799 likes

Afro Book Club — 771 members — last activity Jun 26, 2021 05:13AM
An international reading club appreciating books by authors of African descent in the continent and in the diaspora.
More of ColumbusReads’s groups…

flavorwire most anticipated books of fall 2012

Polls voted on by ColumbusReads