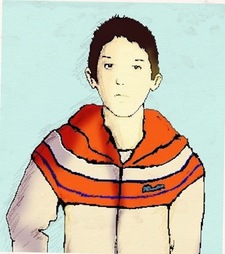 This will prevent Fadil from sending you messages, friend request or from viewing your profile. They will not be notified. Comments on discussion boards from them will be hidden by default.
Sign in to Goodreads to learn more about Fadil.

“How wrong it is for a woman to expect the man to build the world she wants, rather than to create it herself.”
― Marilyn Monroe, Marilyn: Her Life In Own Words
938 likes

“A mathematical formula for happiness:Reality divided by Expectations.There were two ways to be happy:improve your reality or lower your expectations.”
― Jodi Picoult, Nineteen Minutes
tags: advice, happiness, inspirational, mathematical
1157 likes

“Love is like a friendship caught on fire. In the beginning a flame, very pretty, often hot and fierce, but still only light and flickering. As love grows older, our hearts mature and our love becomes as coals, deep-burning and unquenchable.”
― Bruce Lee
tags: fierce, forever-love, love, undying-love
637 likes

“You may not be her first, her last, or her only. She loved before she may love again. But if she loves you now, what else matters? She's not perfect—you aren't either, and the two of you may never be perfect together but if she can make you laugh, cause you to think twice, and admit to being human and making mistakes, hold onto her and give her the most you can. She may not be thinking about you every second of the day, but she will give you a part of her that she knows you can break—her heart. So don't hurt her, don't change her, don't analyze and don't expect more than she can give. Smile when she makes you happy, let her know when she makes you mad, and miss her when she's not there.”
― Bob Marley
tags: love
27560 likes

Heavy stuff, I know. I think I’ve finally graduated from the don’t-knows that don’t know to the don’t-knows
that do.”
― Karen Marie Moning, Bloodfever
tags: bloodfever, mac
404 likes

Stephen Hawking
author of: A Brief History of Time
More…

Polls voted on by Fadil