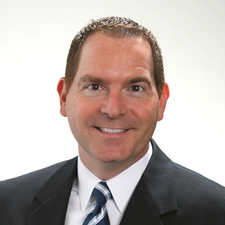 John Scharf is currently reading
Far from the Tree: Parents, Children, and the Search for Identity
by Andrew Solomon
bookshelves: currently-reading

“He was too young to know that, in any novel with a reasonable amount of forethought, there were no coincidences.”
― John Irving, Last Night in Twisted River
10 likes

“Six-Pack didn't despise George W. Bush to the degree that Ketchum did, but she thought the president was a smirking twerp and a dumbed-down daddy's boy, and she agreed with Ketchum's assessment that Bush would be as worthless as wet crap in even the smallest crisis. If a fight broke out between two small dogs, for example, Ketchum claimed that Bush would call the fire department and ask them to bring a hose; then the president would position himself at a safe distance from the dogfight, and wait for the firemen to show up. The part Pam liked best about this assessment was that Ketchum said the president would instantly look self-important, and would appear to be actively involved--that is, once the firefighters and their hose arrived, and provided there was anything remaining of the mess the two dogs might have made of each other in the interim.”
― John Irving, Last Night in Twisted River
tags: america, george-w-bush, idiocy, incompetence, self-importance
7 likes

“Could we change our attitude, we should not only see life differently, but life itself would come to be different. Life would undergo a change of appearance because we ourselves had undergone a change of attitude.”
― Katherine Mansfield
tags: attitude, self-perception
77 likes

Jona O Scharf
author of: Hanging on a Twisted Line: A Collection of Shorts

Gregory Maguire
author of: Wicked: The Life and Times of the Wicked Witch of the West