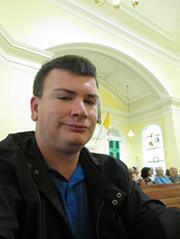 “Anyone who has ever studied the history of American diplomacy, especially military diplomacy, knows that you might start in a war with certain things on your mind as a purpose of what you are doing, but in the end, you found yourself fighting for entirely different things that you had never thought of before ... In other words, war has a momentum of its own and it carries you away from all thoughtful intentions when you get into it. Today, if we went into Iraq, like the president would like us to do, you know where you begin. You never know where you are going to end.”
― George F. Kennan
11 likes

“History has shown us time and again that what is right is not what is popular.”
― Benjamin Netanyahu
13 likes

“A man who fails to love the Mass fails to love Christ. We must make an effort to 'live' the Mass with calm and serenity, with devotion and affection.”
― St. Josemaría Escrivá
tags: mass
10 likes

“In the face of this situation we would be better off to dispense now with a number of the concepts which have underlined our thinking with regard to the Far East. We should dispense with the aspiration to 'be liked' or to be regarded as the repository of a high-minded international altruism. We should stop putting ourselves in the position of being our brothers' keeper and refrain from offering moral and ideological advice. We should cease to talk about vague — and for the Far East — unreal objectives such as human rights, the raising of the living standards, and democratization. The day is not far off when we are going to have to deal in straight power concepts. The less we are hampered by idealistic slogans, the better.”
― George F. Kennan
4 likes

Francis de Sales
author of: Introduction to the Devout Life