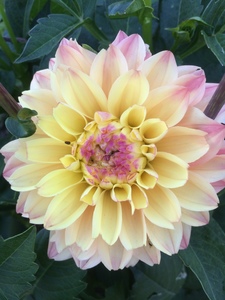 This will prevent Jean from sending you messages, friend request or from viewing your profile. They will not be notified. Comments on discussion boards from them will be hidden by default.
Sign in to Goodreads to learn more about Jean.

Jean is currently reading
The Daughters of Yalta: The Churchills, Roosevelts, and Harrimans: A Story of Love and War
by Catherine Grace Katz
bookshelves: currently-reading

“The winter street is a salt cave. The snow has stopped falling and it’s very cold. The cold is spectacular, penetrating. The street has been silenced, a theatre of whiteness, drifts like frozen waves. Crystals glisten under the streetlights.”
― Anne Michaels, Fugitive Pieces
5 likes

“My bookshelves were groaning with WW2 books, Hitler's baleful eyes staring out at me from covers and spines for any new visitor (or passing burglar) to wonder if I might be a fan or at least mildly obsessed.”
― Al Murray
tags: humour, reminiscence, ww2
6 likes

“Later that afternoon with the Germans already in Trafalgar Square and advancing down Whitehall to take their position in the rear, the enemy unit advancing across St. James 'Park made their final charge. Several of those in the Downing Street position were already dead... and at last the Bren ceased its chatter, its last magazine emptied.

Churchill reluctantly abandoned the machine-gun, drew his pistol and with great satisfaction, for it was a notoriously inaccurate weapon, shot dead the first German to reach the foot of the steps. As two more rushed forward, covered by a third in the distance, Winston Churchill moved out of the shelter of the sandbags, as if personally to bar the way up Downing Street. A German NCO, running up to find the cause of the unexpected hold-up, recognised him and shouted to the soldiers not to shoot, but he was too late. A burst of bullets from a machine-carbine caught the Prime Minister in the chest. He died instantly, his back to Downing Street, his face toward the enemy, his pistol still in his hand.”
― Norman Longmate

Ken Follett
author of: The Pillars of the Earth
More…

Polls voted on by Jean