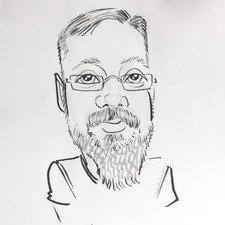 This will prevent Richard from sending you messages, friend request or from viewing your profile. They will not be notified. Comments on discussion boards from them will be hidden by default.
Sign in to Goodreads to learn more about Richard.

Richard Eriksson is currently reading
Dixie & the Dominion: Canada, the Confederacy, and the War for the Union
by Adam Mayers
bookshelves: currently-reading

Richard Eriksson is currently reading
The Disease to Please: Curing the People-Pleasing Syndrome
by Harriet B. Braiker
bookshelves: currently-reading

See all 7 books that Richard is reading…

Swing Time by Zadie Smith
3 highlights
We listened to the golden age of hip-hop, unaware at the time that we were living through a golden age.
See Richard Eriksson’s 4 books with notes and highlights…

“In the shooter hypothesis, a good marksman shoots at a target, creating a hole every ten centimeters. Now suppose the surface of the target is inhabited by intelligent, two-dimensional creatures. Their scientists, after observing the universe, discover a great law: “There exists a hole in the universe every ten centimeters.” They have mistaken the result of the marksman’s momentary whim for an unalterable law of the universe. The farmer hypothesis, on the other hand, has the flavor of a horror story: Every morning on a turkey farm, the farmer comes to feed the turkeys. A scientist turkey, having observed this pattern to hold without change for almost a year, makes the following discovery: “Every morning at eleven, food arrives.” On the morning of Thanksgiving, the scientist announces this law to the other turkeys. But that morning at eleven, food doesn’t arrive; instead, the farmer comes and kills the entire flock.”
― Liu Cixin, The Three-Body Problem
52 likes

“ Decouple benefits from jobs to increase flexibility and dynamism. Tying health care and other mandated benefits to jobs makes it harder for people to move to new jobs or to quit and start new businesses. For instance, many a potential entrepreneur has been blocked by the need to maintain health insurance.”
― Erik Brynjolfsson, Race Against The Machine
0 likes

“Moore’s Law is not a one-time blip but an accelerating exponential trend.”
― Erik Brynjolfsson, Race Against The Machine
0 likes

“While the foundation of our economic system presumes a strong link between value creation and job creation, the Great Recession reveals the weakening or breakage of that link. This is not merely an artifact of the business cycle but rather a symptom of a deeper structural change in the nature of production.”
― Erik Brynjolfsson, Race Against The Machine
0 likes

Dirk Hayhurst
author of: The Bullpen Gospels: A Non-Prospect's Pursuit of the Major Leagues and the Me...

Ellen Ullman
author of: By Blood

Rosecrans Baldwin
author of: Paris, I Love You but You're Bringing Me Down

Douglas Adams
author of: The Hitchhiker's Guide to the Galaxy
More…

Polls voted on by Richard