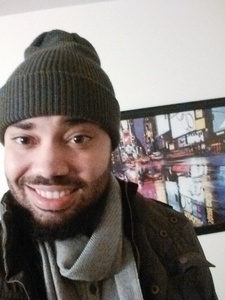 This will prevent Belmin from sending you messages, friend request or from viewing your profile. They will not be notified. Comments on discussion boards from them will be hidden by default.
Sign in to Goodreads to learn more about Belmin.

Belmin Fernandez is currently reading
The Room Where It Happened: A White House Memoir
by John R. Bolton
bookshelves: currently-reading

“I have a friend who is a very successful writer. Early in his career, he wrote a script that I thought was terrible, and I told him so. That was not easy to do, because he had spent the better part of a year working on it—but it was the truth (as I saw it). Now, when I tell him that I love something he has written, he knows that I love it. He also knows that I respect his talent enough to tell him when I don’t. I am sure there are people in his life he can’t say that about. Why would I want to be one of them? Secrets”
― Sam Harris, Lying
1 likes

“We do moral reasoning not to reconstruct the actual reasons why we ourselves came to a judgment; we reason to find the best possible reasons why somebody else ought to join us in our judgment.36”
― Jonathan Haidt, The Righteous Mind: Why Good People are Divided by Politics and Religion
1 likes

“Our moral thinking is much more like a politician searching for votes than a scientist searching for truth.”
― Jonathan Haidt, The Righteous Mind: Why Good People are Divided by Politics and Religion
56 likes

Polls voted on by Belmin