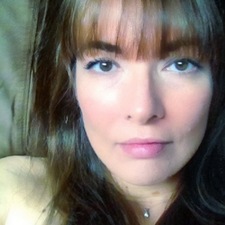 This will prevent Laurie from sending you messages, friend request or from viewing your profile. They will not be notified. Comments on discussion boards from them will be hidden by default.
Sign in to Goodreads to learn more about Laurie.

Laurie Allee is currently reading
Hope for Film: From the Frontline of the Independent Cinema Revolutions
by Ted Hope
bookshelves: currently-reading

“It sees something more important in Christianity, than the scandals of ecclesiastical history, or the niceties of criticism; and, very incurious concerning persons or miracles, and not at all disturbed by chasms of historical evidence, it accepts from God the phenomenon, as it finds it, as the pure and awful form of religion in the world. It is not hot and passionate at the appearance of what it calls its own good or bad fortune, at the union or opposition of other persons. No man is its enemy. It accepts whatsoever befalls, as part of its lesson. It is a watcher more than a doer, and it is a doer, only that it may the better watch.”
― Ralph Waldo Emerson, Emerson: The Ultimate Collection
0 likes

“It’s funny—but there will be no need for insurance in heaven. None at all. And there will be so much need for poetry and songs and jokes. People will value what you’ve learned. It doesn’t matter if you can make a living. Shakespeare will be important. You will be so valuable, William. And I will just sit there listening, realizing how I’ve misspent my life.”
― Ethan Hawke, A Bright Ray of Darkness
1 likes

“Idealism saith: matter is a phenomenon, not a substance. Idealism acquaints us with the total disparity between the evidence of our own being, and the evidence of the world's being. The one is perfect; the other, incapable of any assurance; the mind is a part of the nature of things; the world is a divine dream, from which we may presently awake to the glories and certainties of day. Idealism is a hypothesis to account for nature by other principles than those of carpentry and chemistry. Yet, if it only deny the existence of matter, it does not satisfy the demands of the spirit. It leaves God out of me. It leaves me in the splendid labyrinth of my perceptions, to wander without end.”
― Ralph Waldo Emerson, Emerson: The Ultimate Collection
0 likes

“that Adam had, all that Caesar could, you have and can do. Adam called his house, heaven and earth; Caesar called his house, Rome; you perhaps call yours, a cobler's trade; a hundred acres of ploughed land; or a scholar's garret. Yet line for line and point for point, your dominion is as great as theirs, though without fine names.”
― Ralph Waldo Emerson, Emerson: The Ultimate Collection
0 likes

“As a plant upon the earth, so a man rests upon the bosom of God; he is nourished by unfailing fountains, and draws, at his need, inexhaustible power. Who can set bounds to the possibilities of man?”
― Ralph Waldo Emerson, Emerson: The Ultimate Collection
0 likes

Polls voted on by Laurie