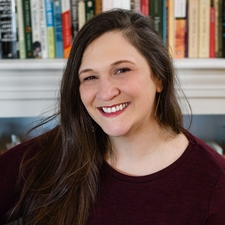 This will prevent Elisa from sending you messages, friend request or from viewing your profile. They will not be notified. Comments on discussion boards from them will be hidden by default.
Sign in to Goodreads to learn more about Elisa.

Spellmaker (Spellbreaker Duology, #2) by Charlie N. Holmberg
5 highlights
Any closer, and he was liable to discover whatever it was that turned people away from her, that marked her as forgettable, unwanted, unlovable.
Lori Goodin liked this
See Elisa Doucette’s 22 books with notes and highlights…

“After writing a story I was always empty and both sad and happy, as though I had made love, and I was sure this was a very good story although I would not know truly how good until I read it over the next day.”
― Ernest Hemingway
tags: writing
447 likes

“Give thyself time to learn something new and good, and cease to be whirled around.”
― Marcus Aurelius, Meditations
4 likes

“I am, when you stop to think of it, a member of a fairly select group: the final handful of American novelists who learned to read and write before they learned to eat a daily helping of video bullshit. This might not be important. On the other hand, if you’re just starting out as a writer, you could do worse than strip your television’s electric plug-wire, wrap a spike around it, and then stick it back into the wall. See what blows, and how far. Just an idea.”
― Stephen King, On Writing: A Memoir of the Craft
2 likes

“Decide what your currency is early. Let go of what you will never have. People who do this are happier and sexier.”
― Amy Poehler, Yes Please
220 likes

Polls voted on by Elisa