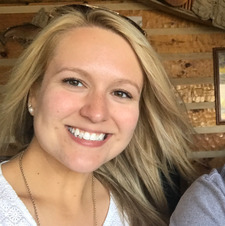 Jessica is currently reading
A Feast for Crows (A Song of Ice and Fire, #4)
by George R.R. Martin
bookshelves: currently-reading

“The past is always hiding behind the present, threatening to peek out and drag everything down.”
― Cate Holahan, Lies She Told
5 likes

“Murder was deeply human. A person was killed and a person killed. And what powered the final thrust wasn't a whim, wasn't an event. It was an emotion. Something once healthy and human had become wretched and bloated and finally buried. But not put to rest. It lay there, often for decades, feeding on itself, growing and gnawing, grim and full of grievance. Until it finally broke free of all human restraint. Not conscience, not fear, not social convention could contain it. When that happened, all hell broke loose. And a man became a monster.”
― Louise Penny, A Rule Against Murder
tags: emotions, murder
10 likes

Boho Bookworm Readalong — 23 members — last activity Oct 08, 2020 12:33AM
Once every few months I host a readalong for a book and hope to get other book lovers connecting through the process of reading a book together!!