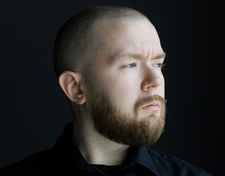 This will prevent Arto from sending you messages, friend request or from viewing your profile. They will not be notified. Comments on discussion boards from them will be hidden by default.
Sign in to Goodreads to learn more about Arto.

See all 60 books that Arto is reading…

Coming Home to the Pleistocene by Paul Shepard
5 notes & 376 highlights
Rural life has a disarming appeal that is also fashionably connected to a form of feminism and to the resurrection of the goddess.
See Arto Bendiken’s 13 books with notes and highlights…

“What would Heracles have been if he had said, "How am I to prevent a big lion from appearing, or a big boar, or brutal men?" What care you, I say? If a big boar appears, you will have a greater struggle to engage in; if evil men appear, you will free the world from evil men.”
― Epictetus
tags: epictetus, heracles, heraules, stoicism
2 likes

“Finland’s crisis (Chapter 2) exploded with the Soviet Union’s massive attack upon Finland on November 30, 1939. In the resulting Winter War, Finland was virtually abandoned by all of its potential allies and sustained heavy losses, but nevertheless succeeded in preserving its independence against the Soviet Union, whose population outnumbered Finland’s by 40 to 1. I spent a summer in Finland 20 years later, hosted by veterans and widows and orphans of the Winter War. The war’s legacy was conspicuous selective change that made Finland an unprecedented mosaic, a mixture of contrasting elements: an affluent small liberal democracy, pursuing a foreign policy of doing everything possible to earn the trust of the impoverished giant reactionary Soviet dictatorship. That policy was considered shameful and denounced as “Finlandization” by many non-Finns who failed to understand the historical reasons for its adoption. One of the most intense moments of my summer in Finland unfolded when I ignorantly expressed similar views to a Winter War veteran, who replied by politely explaining to me the bitter lessons that Finns had learned from being denied help by other nations.”
― Jared Diamond, Upheaval: How Nations Cope with Crisis and Change
5 likes

“The IYI subscribes to The New Yorker, a journal designed so philistines can learn to fake a conversation about evolution, neurosomething, cognitive biases, and quantum mechanics.”
― Nassim Nicholas Taleb, Skin in the Game: The Hidden Asymmetries in Daily Life
3 likes

“A typical CR2032 will have a quoted energy capacity of 230mAh at 3 volts. Just to put this into context, this is about the amount of energy required to power a human being for just over 20 seconds.”
― Robin Heydon, Bluetooth Low Energy: The Developer's Handbook
1 likes

The Psychology of Morality

Polls voted on by Arto