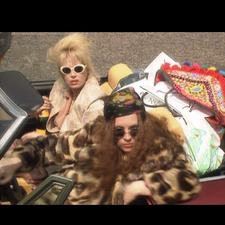 See all 11 books that Heather is reading…

“Here I am
leaving you clues. I am singing now while Rome
burns. We are all just trying to be holy. My applejack,
my silent night, just mash your lips against me.
We are all going forward. None of us are going back.”
― Richard Siken

“Everything in the world is about sex except sex. Sex is about power.”
― Oscar Wilde
tags: power, sex
6617 likes

“Nearly all men can stand adversity, but if you want to test a man's character, give him power.”
― Abraham Lincoln
tags: adversity, character, power
3148 likes

“I read my eyes out and can't read half enough...the more one reads the more one sees we have to read.”
― John Adams, Letters of John Adams, Addressed to His Wife
tags: education, lifelong-learning, reading
291 likes

Anything Legal, Legal Thrillers, Legal Mysteries and More — 735 members — last activity 13 hours, 40 min ago
This group is a place for authors and readers of anything legal, (thrillers, mysteries and more) to exchange ideas and reviews.