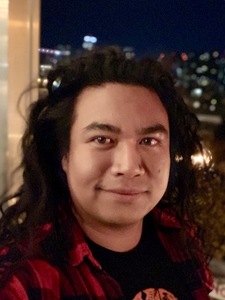 This will prevent Kevin from sending you messages, friend request or from viewing your profile. They will not be notified. Comments on discussion boards from them will be hidden by default.
Sign in to Goodreads to learn more about Kevin.

“It's being here now that's important. There's no past and there's no future. Time is a very misleading thing. All there is ever, is the now. We can gain experience from the past, but we can't relive it; and we can hope for the future, but we don't know if there is one.”
― George Harrison
tags: beatles, carpe-diem, future, past, present, time
1821 likes

“I am thankful to all those who said no. It's because of them, I did it myself.”
― Wayne W. Dyer, You'll See It When You Believe It: The Way to Your Personal Transformation
tags: not-from-einstein
98 likes

“Always maintain the attitude of a student. When a person thinks they have finished learning, that is when bitterness and disappointment can set in, as that person will wake up everyday wondering when someone is going to throw a parade in their honour for being so smart.”
― Nick Offerman
tags: inspirational, learning, life, student
11 likes

“Well, Mr. Frankel, who started this program, began to suffer from the computer disease that anybody who works with computers now knows about. It's a very serious disease and it interferes completely with the work. The trouble with computers is you *play* with them. They are so wonderful. You have these switches - if it's an even number you do this, if it's an odd number you do that - and pretty soon you can do more and more elaborate things if you are clever enough, on one machine.

After a while the whole system broke down. Frankel wasn't paying any attention; he wasn't supervising anybody. The system was going very, very slowly - while he was sitting in a room figuring out how to make one tabulator automatically print arc-tangent X, and then it would start and it would print columns and then bitsi, bitsi, bitsi, and calculate the arc-tangent automatically by integrating as it went along and make a whole table in one operation.

Absolutely useless. We *had* tables of arc-tangents. But if you've ever worked with computers, you understand the disease - the *delight* in being able to see how much you can do. But he got the disease for the first time, the poor fellow who invented the thing.”
― Richard P. Feynman, Surely You're Joking, Mr. Feynman!: Adventures of a Curious Character

Polls voted on by Kevin