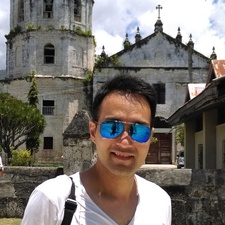 This will prevent Kevin from sending you messages, friend request or from viewing your profile. They will not be notified. Comments on discussion boards from them will be hidden by default.
Sign in to Goodreads to learn more about Kevin.

The Clan (Play to Live #2) by D. Rus
6 highlights
The poet was right: we're responsible forever for what we have tamed.

“I'm not upset that you lied to me, I'm upset that from now on I can't believe you.”
― Friedrich Nietzsche
tags: lies, lying, trust
30572 likes

“The place to improve the world is first in one's own heart and head and hands, and then work outward from there.”
― Robert M. Pirsig, Zen and the Art of Motorcycle Maintenance: An Inquiry Into Values
tags: inspirational
890 likes

“It is not the critic who counts; not the man who points out how the strong man stumbles, or where the doer of deeds could have done them better. The credit belongs to the man who is actually in the arena, whose face is marred by dust and sweat and blood; who strives valiantly; who errs, who comes short again and again, because there is no effort without error and shortcoming; but who does actually strive to do the deeds; who knows great enthusiasms, the great devotions; who spends himself in a worthy cause; who at the best knows in the end the triumph of high achievement, and who at the worst, if he fails, at least fails while daring greatly, so that his place shall never be with those cold and timid souls who neither know victory nor defeat.”
― Theodore Roosevelt
tags: inspirational, politics, presidential
7442 likes

“You become responsible, forever, for what you have tamed.”
― Antoine de Saint-Exupéry, The Little Prince
tags: responsibility
1634 likes

Gary L. Thomas
author of: Sacred Marriage: What If God Designed Marriage to Make Us Holy More Than to M...

Timothy J. Keller
author of: The Reason for God: Belief in an Age of Skepticism

C.S. Lewis
author of: The Lion, the Witch and the Wardrobe

Terry Brooks
author of: The Sword of Shannara
More…

Polls voted on by Kevin