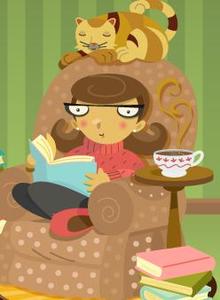 The Tenth Girl by Carrie Aarons
1 note & 1 highlight
I call out our Hail Mary formation, and some of the guys glance at me but do as their told.
They're

“One day you will kiss a man you can't breathe without, and find that breath is of little consequence.”
― Karen Marie Moning, Bloodfever
tags: kiss, love
3472 likes

“Barrons Books and Baubles had been ransacked!

Tables were overturned, books torn from shelves and strewn everywhere, baubles broken. Even my little TV behind the counter had been destroyed.

"Barrons?" I called warily. It was night and the lights were on. My illusory Alina had told me more than an hour had passed. Was it the same night, nearly dawn? Or was it the night following our theft attempt? Had Barrons come back from Wales yet? Or was he still there, searching for me? When I‘d been so rudely ripped from reality, who or what had come through those basement doors?

I heard footsteps, boots on hardwood, and turned expectantly toward the connecting doors.

Barrons was framed in the doorway. His eyes were black ice. He stared at me a moment, raking me from head to toe. "Nice tan, Ms. Lane. So, where the fuck have you been for the past month?”
― Karen Marie Moning, Bloodfever

“Last night you said you wanted to know what to expect so you could better select your attire. I told you we were going to visit a vampire in a Goth-den tonight. Why, then, Ms. Lane, do you look like a perky rainbow?”
― Karen Marie Moning, Darkfever
tags: barrons, darkfever, mac
593 likes

“Was he a good kisser, Ms. Lane?” Barrons asked, watching me carefully.
I wiped my mouth with the back of my hand at the memory. “It was like being owned.”
Some women like that.”
Not me.”
Perhaps it depends on the man doing the owning.”
I doubt it. I couldn’t breathe with him kissing me.”
One day you may kiss a man you can’t breathe without, and find breath is of little consequence.”
Right, and one day my prince might come.”
I doubt he’ll be a prince, Ms. Lane. Men rarely are.”
― Karen Marie Moning, Bloodfever

“To acquire the habit of reading is to construct for yourself a refuge from almost all the miseries of life.”
― W. Somerset Maugham, Books and You
tags: bibliotherapy, books, escape, good-habits, life, pleasure, reading, refuge
2030 likes


People Jess (The Co... is Following

Books That Should Be Made Into Movies

Polls voted on by Jess (The Cozy Reader)