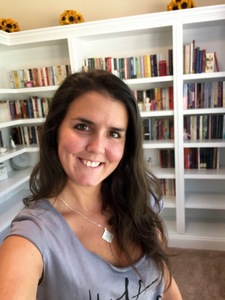 “Figure out what is real for you. No use leaning on someone else’s story all your life.”
― Shannon Hale, Austenland
9 likes

“Such a narrative as this demands some sort of physical consolation for its spiritual tribulation. Our heroine received it in one last cup of tea. The reader may be advised to do so likewise.”
― Emily C.A. Snyder, Nachtstürm Castle: A Gothic Austen Novel
tags: humour, jane-austen, nachtsturm-castle, northanger-abbey
5 likes

“What could she have done? She was a heroine, and with that came certain obligations.”
― Emily C.A. Snyder, Nachtstürm Castle: A Gothic Austen Novel
tags: humour, jane-austen, nachtstum-castle, northanger-abbey
23 likes

“Another strike of lightening – now accompanied by the deep-bellied rumble, and the horse reared, incidentally setting Henry very picturesquely against the inconstant moon. Alas, Catherine was deeply engaged in her argument with Old Edric and this missed entirely the melodramatic display. But we may assume that, possessing so strong an imagination, Catherine had often pictured Henry thus...”
― Emily C.A. Snyder, Nachtstürm Castle: A Gothic Austen Novel
tags: humour, jane-austen, nachtsturm-castle, northanger-abbey
3 likes

“But neither could compare with the gargantuan natural edifice that was the mountain upon which Nachtstürm Castle rose. It was a mountain made of the darkness between two lightning bolts. It was made less of earth than Stygian frost. Whole towns fell away as they ascended, as though the ranks of black and frowning conifers waged war against the humans below. Even the path – rather narrow and rarely straight – seemed less made by centuries of pilgrim feet and more by the trace of some careless demon’s claw.

Pamela Aidan
author of: An Assembly Such as This