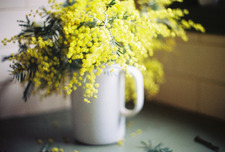 This will prevent Tam from sending you messages, friend request or from viewing your profile. They will not be notified. Comments on discussion boards from them will be hidden by default.
Sign in to Goodreads to learn more about Tam.

Tam is currently reading
The Book of Why: The New Science of Cause and Effect
by Judea Pearl
bookshelves: currently-reading, non-fic

“Do you have places like this in your country?" Wang Yumei asked. I tried to imagine having a reunion with my friends in America and picking up a random foreigner and spending the day with him, simply out of curiosity and kindness. "No,"...”
― Peter Hessler, River Town: Two Years on the Yangtze
0 likes

“It seemed there was always something of this sort on television - at virtually any hour of the day you could find a channel that was focusing on some happy minority, usually the Tibetans. This kind of entertainment struck me as uniquely hypocritical, at least until the next year when I returned home from China and tutored at a public elementary school in Missouri, where the children celebrated Thanksgiving with traditional stories about the wonderful friendship between the Pilgrims and the Indians. I realized that these myths were a sort of link between America and China - both countries were arrogant enough to twist some of their greatest failures into sources of pride. And now that I thought about it, I remembered seeing Indians dance more than a few times on American television.”
― Peter Hessler, River Town: Two Years on the Yangtze
0 likes

“The history of China, like the history of any great culture, was written at the expense of other stories that have remained silent.”
― Peter Hessler, Oracle Bones: A Journey Between China's Past and Present
1 likes

“Wang Chaosu shouted everything at me, the way many Americans do when they meet foreigners with bad English.”
― Peter Hessler, River Town: Two Years on the Yangtze
0 likes

“Once, after lecturing before the Malaysia Art Council, I was asked by an English curator, during the question period, why all Chinese paintings look alike. I replied that the reason was the same why Orientals, when first coming to the West, are unable to differentiate between the various European nationalities - lack of exposure and not being familiar enough with the subject to know where and how to look for the variations and telling characteristics.”
― Kwo Da-Wei, Chinese Brushwork in Calligraphy and Painting: Its History, Aesthetics, and Techniques
tags: calligraphy, china
0 likes

Jack London
author of: The Call of the Wild

Polls voted on by Tam