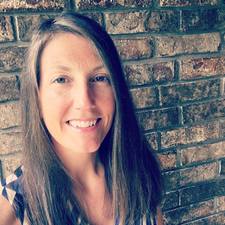 This will prevent Amanda from sending you messages, friend request or from viewing your profile. They will not be notified. Comments on discussion boards from them will be hidden by default.
Sign in to Goodreads to learn more about Amanda.

Amanda Geaney is currently reading
Studies in the Sermon on the Mount
by D. Martyn Lloyd-Jones
bookshelves: currently-reading

“Saving faith may be defined as a certain conviction, wrought in the heart by the Holy Spirit, as to the truth of the gospel, and a hearty reliance (trust) on the promises of God in Christ.”
― Louis Berkhof, Systematic Theology
3 likes

“I was like a child bitten by a viper. All I could think of was finding a way to remove the fangs sunken into my skin. I had no notion that I still had to contend with the venom pumping through my veins.”
― Tessa Afshar, Thief of Corinth
tags: christian-fiction, historical-fiction
12 likes

“Nobody can imagine how nothing could turn into something. Nobody can get an inch nearer to it by explaining how something could turn into something else. It is really far more logical to start by saying ‘In the beginning God created heaven and earth’ even if you only mean ‘In the beginning some unthinkable power began some unthinkable process.’ For God is by its nature a name of mystery, and nobody ever supposed that man could imagine how a world was created any more than he could create one. But evolution really is mistaken for explanation. It has the fatal quality of leaving on many minds the impression that they do understand it and everything else; just as many of them live under a sort of illusion that they have read the Origin of Species.”
― G.K. Chesterton, The Everlasting Man
8 likes

“The mountains are calling and I must go.”
― John Muir
tags: nature
2459 likes

“How about this—let’s not let our past determine whether God loves us or not. He does. And we’ll never get it right without him.”
― Susan May Warren, Wild Montana Skies
4 likes

Jocelyn Green
author of: The Mark of the King

Tessa Afshar
author of: Pearl in the Sand

Mesu Andrews
author of: Love Amid The Ashes
More…

Polls voted on by Amanda