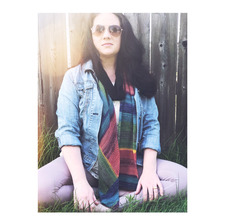 This will prevent Kara from sending you messages, friend request or from viewing your profile. They will not be notified. Comments on discussion boards from them will be hidden by default.
Sign in to Goodreads to learn more about Kara.

Kara is currently reading
Early Modern Times: From Elizabeth the First to the Forty-Niners (The Story of the World, #3)
by Susan Wise Bauer
bookshelves: currently-reading

“Many caretakers don’t feel appreciated. They feel unloved. They work so hard to care for someone but feel disrespected. When I point them to Scripture, they often feel like the Bible is another rule book they can never live up to. They think the reason this hard thing is happening to them is because they have failed God in some way—they didn’t pray enough, read enough Scripture, serve enough, or have morning quiet times.”
― Laura Story, When God Doesn't Fix It: Lessons You Never Wanted to Learn, Truths You Can't Live Without
1 likes

“The trick is to enjoy life.
Don't wish away your days,
waiting for better ones ahead.
The grand and the simple.
They are equally wonderful.”
― Marjorie Pay Hinckley
63 likes

“Impeaching a President implies that we make mistakes, grave ones, in electing or appointing officials, and that these elected men and women might be not great but small—unable to listen to, never mind to represent, the people they serve with justice, conscience, and equanimity. Impeachment suggests dysfunction, uncertainty, and discord—not the discord of war, which can be memorialized as valorous, purposeful, and idealistic, but the far less dramatic and often squalid, sad, intemperate conflicts of peace, partisanship, race, and rancor. Impeachment implies a failure—a failure of government of the people to function, and of leaders to lead. And presidential impeachment means failure at the very top.”
― Brenda Wineapple, The Impeachers: The Trial of Andrew Johnson and the Dream of a Just Nation
2 likes

Jennifer Fulwiler
author of: Something Other than God: How I Passionately Sought Happiness and Accidentall...

Tom Harvey
author of: The Eighties: A Bitchen Time To Be a Teenager!

Valarie Budayr
author of: A Year in the Secret Garden

Aimée Wimbush Bourque
author of: BROWN EGGS AND JAM JARS (US EDITION): Family Recipes From The Kitchen Of Simp...
More…

Polls voted on by Kara