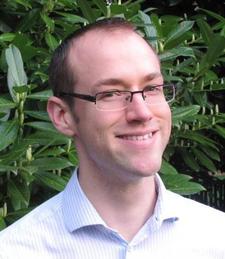 John Taylor is currently reading
What Should We Do with Our Brain? (Que faire de notre cerveau?)
by Catherine Malabou
bookshelves: currently-reading

“As William James observed, we must reflect that, when we reach the end of our days, our life experience will equal what we have paid attention to, whether by choice or default. We are at risk, without quite fully realizing it, of living lives that are less our own than we imagine.”
― Tim Wu, The Attention Merchants: The Epic Scramble to Get Inside Our Heads
tags: attention, life-experience, risk
32 likes

“The highest aim was never to master Jiu Jitsu; it was to master myself.”
― Chris Matakas, The Tao of Jiu Jitsu
tags: jiu-jitsu, martial-arts, mastery, self-mastery
2 likes

“As much as we might wish, none of us will be able to go through life without some kind of suffering. That’s why it’s crucial for us to learn to suffer well.”
― Emily Esfahani Smith, The Power of Meaning: Crafting a Life That Matters
16 likes

“Debates about justice and rights are often, unavoidably, debates about the purpose of social institutions, the goods they allocate, and the virtues they honor and reward. Despite our best attempts to make law neutral on such questions, it may not be possible to say what’s just without arguing about the nature of the good life.”
― Michael J. Sandel, Justice: What's the Right Thing to Do?
6 likes

As Huxley remarked in Brave New World Revisited, the civil libertarians and rationalists, who are ever on the alert to oppose tyranny, “failed to take into account man’s almost infinite appetite for distractions.”