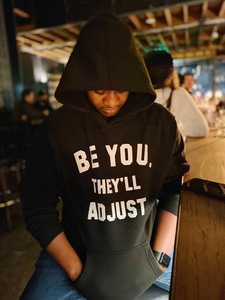 This will prevent Jae from sending you messages, friend request or from viewing your profile. They will not be notified. Comments on discussion boards from them will be hidden by default.
Sign in to Goodreads to learn more about Jae.

“And, when you want something, all the universe conspires in helping you to achieve it.”
― Paulo Coelho, The Alchemist
tags: inspirational
18878 likes

“It is not the critic who counts; not the man who points out how the strong man stumbles, or where the doer of deeds could have done them better. The credit belongs to the man who is actually in the arena, whose face is marred by dust and sweat and blood; who strives valiantly; who errs, who comes short again and again, because there is no effort without error and shortcoming; but who does actually strive to do the deeds; who knows great enthusiasms, the great devotions; who spends himself in a worthy cause; who at the best knows in the end the triumph of high achievement, and who at the worst, if he fails, at least fails while daring greatly, so that his place shall never be with those cold and timid souls who neither know victory nor defeat.”
― Theodore Roosevelt
tags: inspirational, politics, presidential
7209 likes

“The simple things are also the most extraordinary things, and only the wise can see them.”
― Paulo Coelho, The Alchemist
tags: wisdom
6307 likes

“Here's to the crazy ones. The misfits. The rebels. The troublemakers. The round pegs in the square holes. The ones who see things differently. They're not fond of rules. And they have no respect for the status quo. You can quote them, disagree with them, glorify or vilify them. About the only thing you can't do is ignore them. Because they change things. They push the human race forward. And while some may see them as the crazy ones, we see genius. Because the people who are crazy enough to think they can change the world, are the ones who do.”
― Rob Siltanen
tags: advertising, apple, change, commercial, computers, different, madness, misattributed-apple, misattributed-steve-jobs, misfits, nonconformity, progressive, rebels, status-quo, think-different, troublemakers
66119 likes

Polls voted on by Jae