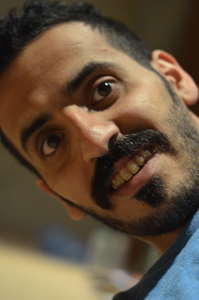 This will prevent Mazen from sending you messages, friend request or from viewing your profile. They will not be notified. Comments on discussion boards from them will be hidden by default.
Sign in to Goodreads to learn more about Mazen.

Mazen Al-qahtani is currently reading
A Short History of Nearly Everything
by Bill Bryson
bookshelves: currently-reading

“As I look back on my own life, I recognize that some of the greatest gifts I received from my parents stemmed not from what they did for me—but rather from what they didn’t do for me. One such example: my mother never mended my clothes. I remember going to her when I was in the early grades of elementary school, with holes in both socks of my favorite pair. My mom had just had her sixth child and was deeply involved in our church activities. She was very, very busy. Our family had no extra money anywhere, so buying new socks was just out of the question. So she told me to go string thread through a needle, and to come back when I had done it. That accomplished—it took me about ten minutes, whereas I’m sure she could have done it in ten seconds—she took one of the socks and showed me how to run the needle in and out around the periphery of the hole, rather than back and forth across the hole, and then simply to draw the hole closed. This took her about thirty seconds. Finally, she showed me how to cut and knot the thread. She then handed me the second sock, and went on her way. A year or so later—I probably was in third grade—I fell down on the playground at school and ripped my Levi’s. This was serious, because I had the standard family ration of two pairs of school trousers. So I took them to my mom and asked if she could repair them. She showed me how to set up and operate her sewing machine, including switching it to a zigzag stitch; gave me an idea or two about how she might try to repair it if it were she who was going to do the repair, and then went on her way. I sat there clueless at first, but eventually figured it out. Although in retrospect these were very simple things, they represent a defining point in my life. They helped me to learn that I should solve my own problems whenever possible; they gave me the confidence that I could solve my own problems; and they helped me experience pride in that achievement. It’s funny, but every time I put those socks on until they were threadbare, I looked at that repair in the toe and thought, “I did that.” I have no memory now of what the repair to the knee of those Levi’s looked like, but I’m sure it wasn’t pretty. When I looked at it, however, it didn’t occur to me that I might not have done a perfect mending job. I only felt pride that I had done it. As for my mom, I have wondered what”
― Clayton M. Christensen, How Will You Measure Your Life?
13 likes

“In your life, there are going to be constant demands for your time and attention. How are you going to decide which of those demands gets resources? The trap many people fall into is to allocate their time to whoever screams loudest, and their talent to whatever offers them the fastest reward. That’s a dangerous way to build a strategy.”
― Clayton M. Christensen, How Will You Measure Your Life?
35 likes

Polls voted on by Mazen