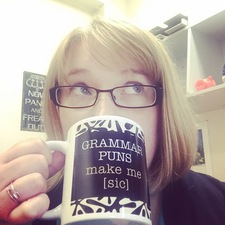 This will prevent Coral from sending you messages, friend request or from viewing your profile. They will not be notified. Comments on discussion boards from them will be hidden by default.
Sign in to Goodreads to learn more about Coral.

The Prince of Midnight by Laura Kinsale
11 highlights
He’d simply grown up an anarchist at heart: an agent on the side of chaos. Until chaos had turned on him.
See Coral’s 237 books with notes and highlights…

“If I could mimic the dynamic of any Shakespearean marriage, I’d choose to mimic the Macbeths—before the murder, ruthless ambition, and torturous descents into madness and death, that is.”
― Jillian Keenan, Sex with Shakespeare: Here's Much to Do with Pain, but More with Love
tags: macbeth, marriage, shakespeare
2 likes

“I do not wish women to have power over men, but over themselves.”
― Hillary Rodham Clinton, What Happened
33 likes

“Anything written for an audience of mostly women by a community of mostly women is subversive, reflective of the current sexual, emotional, and political status, and actively embraces and undermines that status simultaneously.”
― Sarah Wendell, Beyond Heaving Bosoms: The Smart Bitches' Guide to Romance Novels
tags: romance-books, women
6 likes

“Isn’t it awfully convenient,” Harry added, “that when men make the rules, the one thing that’s looked down on the most is the one thing that would bear them the greatest threat? Imagine if every single woman on the planet wanted something in exchange when she gave up her body. You’d all be ruling the place. An armed populace. Only men like me would stand a chance against you. And that’s the last thing those assholes want, a world run by people like you and me.”
― Taylor Jenkins Reid, The Seven Husbands of Evelyn Hugo
27 likes

“We live among mysteries. Love is one, there are others. We must not imagine we understand all there is to know about the world.”
― Guy Gavriel Kay, Children of Earth and Sky
3 likes

Polls voted on by Coral