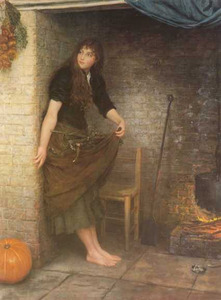 This will prevent Katyana from sending you messages, friend request or from viewing your profile. They will not be notified. Comments on discussion boards from them will be hidden by default.
Sign in to Goodreads to learn more about Katyana.

“With the world securely in order, Dain was able to devote the leisurely bath time to editing his mental dictionary. He removed his wife from the general category labeled "Females" and gave her a section of her own. He made a note that she didn't find him revolting, and proposed several explanations: (a) bad eyesight and faulty hearing, (b)a defect in a portion of her otherwise sound intellect, (c) an inherited Trent eccentricity, or (d) an act of God. Since the Almighty had not done him a single act of kindness in at least twenty-five years, Dain thought it was about bloody time, but he thanked his Heavenly Father all the same, and promised to be as good as he was capable of being.”
― Loretta Chase, Lord of Scoundrels
tags: humor, jessica-trent, romance
115 likes

“Kisses should not leave you satisfied. They should leave you wanting.”
― Sarah MacLean, Nine Rules to Break When Romancing a Rake
146 likes

“It takes ten times as long to put yourself back together as it does to fall apart.”
― Suzanne Collins, Mockingjay
tags: falling-apart, giving-in
11424 likes

Polls voted on by Katyana