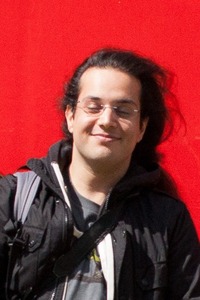 This will prevent Saeed from sending you messages, friend request or from viewing your profile. They will not be notified. Comments on discussion boards from them will be hidden by default.
Sign in to Goodreads to learn more about Saeed.

“Obviously the students preferred to assign themselves to the appealing task and their partners to the unappealing task, but they also recognized that it would be fairer to toss a coin to decide who would undertake each task. The laws of probability state that if the students were using the coins fairly, roughly half of them should have been assigned to the positive task, and the other half should have been assigned to the negative task. Though all of the students tossed the coin, the researchers found that 85 percent of the students assigned themselves to the positive task, suggesting that the coin was merely a prop that allowed them to defend the fairness of the desired outcome. Since they weren’t supervised, you can imagine how the students interpreted a negative outcome: if they lost the first toss, perhaps they decided that the outcome should rest on a best-of-three scenario. The researchers tried the task again, this time placing the students in front of a large mirror. Forced to stare at their reflections as they tossed the coin, the students were perfectly fair, assigning their phantom partner to the positive task exactly 50 percent of the time. Incredibly, the students claimed they reached their decision fairly in both situations, but only the students who sat in front of a mirror actually obeyed the outcome of the coin toss.”
― Adam Alter, Drunk Tank Pink: And Other Unexpected Forces that Shape How We Think, Feel, and Behave
0 likes

“Yes, those ten-billion-dollar twenty-seven-kilometer-long machines are good for more than just finding bosons named after Peter Higgs.”
― Jorge Cham, We Have No Idea: A Guide to the Unknown Universe
1 likes

“Apart from money, very few symbols have the power to start wars and terminate friendships. Two exceptions to that rule are symbols of nationalism and icons of religion.”
― Adam Alter, Drunk Tank Pink: And Other Unexpected Forces that Shape How We Think, Feel, and Behave
0 likes

“this is more in the category of late-night herb-inspired speculation than actual scientific prediction.”
― Jorge Cham, We Have No Idea: A Guide to the Unknown Universe
0 likes

Karl Iagnemma
author of: On the Nature of Human Romantic Interaction

Michael S.A. Graziano
author of: Consciousness and the Social Brain

Ernest Hemingway
author of: The Old Man and the Sea

Norman G. Finkelstein
author of: The Holocaust Industry: Reflections on the Exploitation of Jewish Suffering
More…

Polls voted on by Saeed