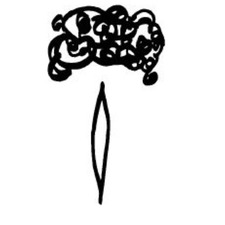 This will prevent Molly from sending you messages, friend request or from viewing your profile. They will not be notified. Comments on discussion boards from them will be hidden by default.
Sign in to Goodreads to learn more about Molly.

What I'd Say to the Martians and Other Veiled Threats by Jack Handey
1 highlight
Long ago an asteroid hit our planet and killed our dinosaurs. But in the future, maybe we’ll go to another planet and kill their dinosaurs.
See Molly’s 5 books with notes and highlights…

“If memory serves, a wedgie involved ripping another boy’s underwear out of his pants by grabbing the rear waistband of his underwear and yanking upward.”
― James B. Comey, A Higher Loyalty: Truth, Lies, and Leadership
0 likes

“The very first hit factory was T.B. Harms, a Tin Pan Alley publishing company overseen by Max Dreyfus. With staff writers like Jerome Kern, George and Ira Gershwin, Cole Porter, and Richard Rodgers, T.B. Harms was the dominant publisher of popular music in the early twentieth century. Dreyfus called his writers “the boys” and installed pianos for them to compose on around the office on West Twenty-Eighth, the street that gave Tin Pan Alley its name, allegedly for the tinny-sounding pianos passersby heard from the upper-story windows of the row houses. The sheet-music sellers also employed piano players in their street-level stores, who would perform the Top 40 of the 1920s for browsing customers.”
― John Seabrook, The Song Machine: Inside the Hit Factory
1 likes

Polls voted on by Molly