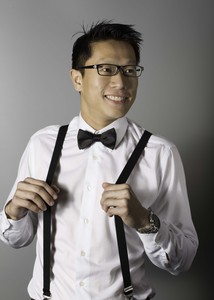 This will prevent Ivan from sending you messages, friend request or from viewing your profile. They will not be notified. Comments on discussion boards from them will be hidden by default.
Sign in to Goodreads to learn more about Ivan.

Ivan K is currently reading
Fringe-ology: How I Tried to Explain Away the Unexplainable-And Couldn't
by Steve Volk
bookshelves: currently-reading

“Once I was a scuba diver in a sea of words. Now I zip along the surface like a guy on a Jet Ski.”
― Nicholas Carr, The Shallows: What the Internet Is Doing to Our Brains
5 likes

“Going to marry her? Impossible! You mean a part of her; he could not marry her all himself. It would be a case, not of bigamy but trigamy; there is enough of her to furnish wives for the whole parish. One man marry her! - it is monstrous! You might people a colony with her; or give an assembly with her; or perhaps take your morning's walk round her, always provided there were frequent resting places, and you were in rude health. I once was rash enough to try walking round her before breakfast, but only got half way and gave it up exhausted. Or you might read the Riot Act and disperse her; in short, you might do anything but marry her!”
― Sydney Smith
tags: humor, hyperbole, wit
0 likes

“Always code as if the guy who ends up maintaining your code will be a violent psychopath who knows where you live”
― John Woods
tags: programming
113 likes

“It is an impressively arrogant move to conclude that just because you don’t like something, it is empirically not good. I don’t like Chinese food, but I don’t write articles trying to prove it doesn’t exist.”
― Tina Fey, Bossypants
tags: bossypants, tina-fey
782 likes

“It is not the critic who counts; not the man who points out how the strong man stumbles, or where the doer of deeds could have done them better. The credit belongs to the man who is actually in the arena, whose face is marred by dust and sweat and blood; who strives valiantly; who errs, who comes short again and again, because there is no effort without error and shortcoming; but who does actually strive to do the deeds; who knows great enthusiasms, the great devotions; who spends himself in a worthy cause; who at the best knows in the end the triumph of high achievement, and who at the worst, if he fails, at least fails while daring greatly, so that his place shall never be with those cold and timid souls who neither know victory nor defeat.”
― Theodore Roosevelt
tags: inspirational, politics, presidential
7029 likes

Polls voted on by Ivan