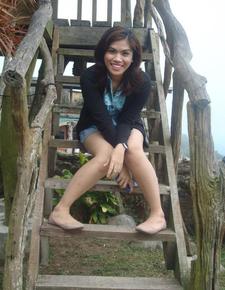 Rachel said: " ARC provided by the publisher in exchange for an honest opinion. This review was first posted on my blog In Between Book Pages.

Have you ever delayed finishing a book? Deliberately read slower, stop after each chapter?

I have with The Gilded Wolves.

ARC provided by the publisher in exchange for an honest opinion. This review was first posted on my blog In Between Book Pages.

Have you ever delayed finishing a book? Deliberately read slower, stop after each chapter?

I have with The Gilded Wolves.

It’s so rare for me to intentionally delay finishing a book. Usually, I keep on turning the pages because I can’t wait to find out what happens next. Even for my most loved books, I just keep on turning until I get to the end. But, with The Gilded Wolves, it was different.

Readers will find a lot of things to love about this fresh new series. I will have to warn you, this review may easily turn into me just raving about how wonderful The Gilded Wolves was. So, to rein in my excitement and be as objective as I can I’ll try to list down all things I loved about this book and why, if you haven’t read it yet, you totally should!

🍂 Strong writing that lures you in.
The writing was so lush, you could almost taste it, feel it – both soft and romantic, sharp and cutting when and where it needed to. Roshani Chokshi created this dark, glamorous albeit dangerous magical world, and I just wanted to jump into the pages and spend some more time within it.

While the first part is loaded with information, it did not weigh down the story. It was necessary world-building, and if it weren’t put there, I think I would have been lost. I admit that it took me some time to fully grasp the rules of Forging, described in the book as a power of creation rivaled only by the work of God. Once I got my head wrapped around it though everything went down smoothly for me and I, once again, got lost inside Roshani’s world.

🍂 Historical facts that blend well with fiction
You know, I’m a history geek. I mean, how else would I explain the number of historical fiction books on my TBR? But the downside to this is that, like whenever anything medical is included in the story, I get a little bit picky. Creative license could only create so much leeway for you, and it is the author’s job to blend these two contrasting element – fact and fiction – seamlessly.

Roshani does just that.

Yes, she took liberties here and there with dates and places (La Solidaridad was published in Barcelona & the Ilustrados were also there by 1889) but you know what got me? It was all still believable. Why? The rendering was natural, it just flowed.

I know some of you will say, but history doesn’t play a big role in the story. I’ll give you that, but it is where it was set and that influences the way characters move and act through their world. Also, if you decide to include a bit of history into your story, you might as well do it right.

This was an important element for me, and I’m very happy with what I got from this book. Plus, all those historical tidbits – the Exposition Universelle de 1889, the human zoos (sad and angering, but nevertheless true,) & all the other stuff Enrique throws in the whole length of the book – were simply delectable to this history geek.

🍂 Explores and challenges some really heavy topics
It’s may not be overtly stated, but, sprinkled throughout the pages of this book are some really important topics – gender identity and sexual orientation, racism, privilege, subjugation and colonialism. All of these were treated with utmost sensitivity and were challenged every time.

🍂 A diverse, fully-realized cast of characters
Now, I saved this for last because it is, I daresay, the best part of The Gilded Wolves. I fell in love with this band of misfits right from the very first page that by the time the book ended with that cliffhanger (!!!) I’m so into deep I swear I’ll adopt them if they ever come out of the pages.

Roshani Chokshi put together a group of characters from different backgrounds – all well-intentioned and flawed and so utterly human – but still find in themselves a family. It was so easy to love all of them, and good luck with picking favorites because you’ll find a little bit of yourself in each of these wonderful characters.

🍂 Séverin – The obvious leader of the pack. He’s bi-racial – an Algerian mother and French father – and it was implied in that this played a part in him being losing his title as heir of House Vanth. A rich hotelier, he gathered together his crew to help him reclaim his birthright. Sure it may have started like that, but he so obviously care for this little pack he’d made and will keep them safe for as long as he can.

🍂 Laila – Baker, the person behind sought-after L’Énigme – she’s the “mom” friend of the group. She came from India to France in search of a mysterious book that could hold the answers to her existence. With her ability to read objects just by touching them, she’s an invaluable member of the group. There’s also this thing between her and Séverin, though they are both, for reasons you’ll find out once you read the book, holding back.

🍂 Tristan – Séverin’s brother in all but blood. Tristan and Séverin grew up together being bounced from one foster family to another. He’s a softie, loves his pet tarantula Goliath maybe a little too much (we don’t mind) and, with his Forging affinity, is a master botanis. Tristan is also behind some of the group’s weapons, concocting stuff from the plants he cultivates.

🍂 Zofia – The engineer, Zofia’s Forging affinity allows her to bend any kind of metal to her will. She came to France from Poland, leaving her sister there, to study, but she was kicked out of university because of an accident. She’s hoping that, with this big mission Séverin sets them on, she’ll get enough money to get her sister to France and fund her education so she could study Medicine.

🍂 Hypnos – Patriarch of House Nyx, he was a friend of Séverin’s when they were younger, but drifted of when the latter’s claim to his own House was forfeited. He’s unashamedly queer, flirtatious, and has this big personality that just fills whatever room he is in. I was suspicious of him at the start of the book, but as I read more I felt that he sincerely wanted to have Séverin assert his claim so he could also be in the Council with him because, even if Hypnos is already a patriarch, he is still an outsider because of his heritage.

🍂 Enrique – As the resident historian, Enrique guides and helps solve puzzles for the group. I may sound biased, but Enrique has a special place in my heart. He’s funny, making jokes especially when the group is in a tensed situation, but, while he does try to lighten things for everyone, he also hides behind humor and sarcasm. But deep inside he’s just trying to look for his place in the world.

Filipino and Spanish, Enrique straddles the line between two race and culture. He has joined the Ilustrados, a group of Euro-educated Filipinos lobbying for reform for their Spanish-controlled motherland. He also submits articles to La Solidaridad. Still, he can’t break into the group’s inner circle.

"It wasn’t his intellect that made him unwanted.
It was his face.”

There, I’ve listed down the things I loved most about The Gilded Wolves. I’m sure I could find more things to love about this book once I finish reading again. Captivating writing, diverse and nuanced characters, thrilling adventures, this book has everything I want and more. Thinking that this is only the beginning of what promises to be an amazing series only excites me more to get my hands on TGW#2. I cannot recommend it enough (I’ll probably be pushing this book to people the whole of 2019.) Doesn’t matter if you like Fantasy or not, I think there’s something in this book for everyone.

“The most effective way to destroy people is to deny and obliterate their own understanding of their history.”
― George Orwell
tags: history, propaganda, rewriting-history
2714 likes

“I can tell you that “Just cheer up” is almost universally looked at as the most unhelpful depression cure ever. It’s pretty much the equivalent of telling someone who just had their legs amputated to “just walk it off.” Some people don’t understand that for a lot of us, mental illness is a severe chemical imbalance rather just having “a case of the Mondays.” Those same well-meaning people will tell me that I’m keeping myself from recovering because I really “just need to cheer up and smile.” That’s when I consider chopping off their arms and then blaming them for not picking up their severed arms so they can take them to the hospital to get reattached.”
― Jenny Lawson, Furiously Happy: A Funny Book About Horrible Things
154 likes

“I don't recognize Cal's voice anymore. I've turned him into a monster. I forced his hand. I made him choose. I was eager, I was stupid. I let myself hope.
I am a fool.
- Mare Barrow”
― Victoria Aveyard, Red Queen
tags: fantasy-young-adult, mare-barrow, quotes-from-books, red-queen, ya
3 likes

“It wasn't his intellect that made him unwanted.
It was his face.
- Enrique”
― Roshani Chokshi, The Gilded Wolves
tags: race-issues
6 likes

“But still, you feel no remorse for the dead. You do whatever you can to forget them. You abandoned your family without a word. You can't control yourself. Hald the time you run away from leadership, and the other half you act like some untouchable martyr, crowned in guilt, the only person who's really giving herself to the cause. Look around you, Mare Barrow. Shade's not the only one who died in Corros. You are not the only one to make sacrifices. Farley betrayed her father. You forced Cameron to join us against her will, you chose to ignore everything but Julian's list, and now you want to abandon the kids back at the Notch. For what? To step on the Colonel's neck? To take a throne? To kill anyone who looks at you the wrong way?”
― Victoria Aveyard, Glass Sword
tags: glass-sword, red-queen-series, tiberias-cal-calore-vii, victoria-aveyard
2 likes

Libba Bray
author of: A Great and Terrible Beauty
More…