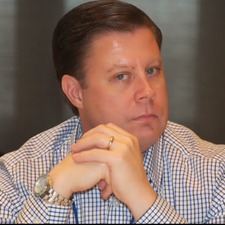 “I lost my literary virginity to that book.”
― David Gilbert, & Sons
0 likes

“But. There’s always a “but” in life, isn’t there?”
― Brian Morton, Starting Out in the Evening
0 likes

“Two heavyset, rough-looking men were arguing about politics, and he was struck anew by a thought he used to have often when he lived here: there is no such thing as a French tough guy. A French tough guy, even if he’s tough as nails, speaks French, and therefore isn’t very tough at all. These men looked like boxers, but they were speaking a feminine language and sipping daintily from tiny espresso cups. Schiller, six-foot-something and wide, always felt terribly manly in France, the land of fragile men.”
― Brian Morton, Starting Out in the Evening
0 likes

“At that bureau a lovesick woman in a crinoline, her hair parted in the middle, may have written a passionate letter to her faithless lover, or a peppery old gentleman in a green frock coat and a stock indited an angry epistle to his extravagant son.”
― W. Somerset Maugham, The Razor's Edge
1 likes

“Don’t you think it’s funny that the presidents are still expected to build libraries when hardly anyone reads books?  I read a study that said less than ten percent of adults read a book in the past year.”
― Dustin Lawson, The Ghost of Democracy: A Novel
0 likes