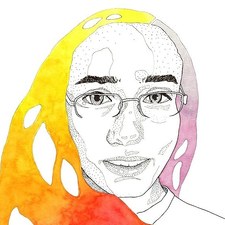 This will prevent Rachel (Kalanadi) from sending you messages, friend request or from viewing your profile. They will not be notified. Comments on discussion boards from them will be hidden by default.
Sign in to Goodreads to learn more about Rachel (Kalanadi).

See all 5 books that Rachel (Kalanadi) is reading…

“For it seemed to me, and I think to him, that it was from that sexual tension between us, admitted now and understood but not assuaged, that the great and sudden assurance of friendship between us rose: a friendship so much needed by us both in our exile, and already so well proved in the days and nights of our better journey, that it might as well be called, now as later, love. But it was from the difference between us, not from the affinities and likenesses, but from the difference, that that love came: and it was itself the bridge, the only bridge, across what divided us. For us to meet sexually would be for us to meet once more as aliens. We had touched, in the only way we could touch. We left it at that. I do not know if we were right.”
― Ursula K. Le Guin, The Left Hand of Darkness
tags: love
64 likes

“She brutalized flour and butter, she visited wartime atrocities to milk and yeast. She committed acts of crumpet.”
― T. Kingfisher, Toad Words And Other Stories
31 likes

“I think," Tehanu said in her soft, strange voice, "that when I die, I can breathe back the breath that made me live. I can give back to the world all that I didn't do. All that I might have been and couldn't be. All the choices I didn't make. All the things I lost and spent and wasted. I can give them back to the world. To the lives that haven't been lived yet. That will be my gift back to the world that gave me the life I did live, the love I loved, the breath I breathed.”
― Ursula K. Le Guin, The Other Wind
tags: death, loss
172 likes

“Some prices are just too high, no matter how much you may want the prize. The one thing you can't trade for your heart's desire is your heart.”
― Lois McMaster Bujold, Memory
319 likes

Jo Walton
author of: Among Others

Joint Winners of the Hugo and Nebula Awards

Polls voted on by Rachel (Kalanadi)