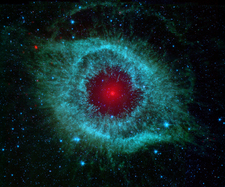 This will prevent Juan Pablo from sending you messages, friend request or from viewing your profile. They will not be notified. Comments on discussion boards from them will be hidden by default.
Sign in to Goodreads to learn more about Juan Pablo.

Juan Pablo is currently reading
Worked Over: The Corporate Sabotage of an American Community
by Dimitra Doukas
bookshelves: currently-reading

“I have never let my schooling interfere with my education.”
― Mark Twain
tags: attributed-no-source, education
17884 likes

“In a way, what Tarantino has done with the French New Wave and with David Lynch is what Pat Boone did with rhythm and blues: He's found (ingeniously) a way to take what is ragged and distinctive and menacing about their work and homogenize it, churn it until it's smooth and cool and hygienic enough for mass consumption. Reservoir Dogs, for example, with its comically banal lunch chatter, creepily otiose code names, and intrusive soundtrack of campy pop from decades past, is a Lynch movie made commercial, i.e., fast, linear, and with what was idiosyncratically surreal now made fashionably (i.e., "hiply") surreal [...] D. Lynch is an exponentially better filmmaker than Q. Tarantino. For, unlike Tarantino, D. Lynch knows that an act of violence in an American film has, through repetition and desensitization, lost the ability to refer to anything but itself. A better way to put what I just tried to say: Quentin Tarantino is interested in watching somebody's ear getting cut off; David Lynch is interested in the ear.”
― David Foster Wallace
tags: commercialism, david-foster-wallace, david-lynch, film, muzak, quentin-tarantino, violence
29 likes

Oriana Fallaci
author of: Letter to a Child Never Born

Henri Pirenne
author of: Medieval Cities: Their Origins and the Revival of Trade

Polls voted on by Juan Pablo