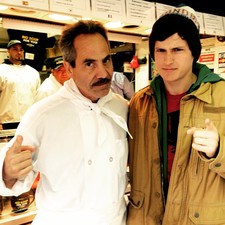 Ben Warner is currently reading
We Have No Idea: A Guide to the Unknown Universe
by Jorge Cham
bookshelves: currently-reading

See all 4 books that Ben is reading…

“Such men as M. de Talleyrand are like sharp-edged instruments with which it is dangerous to play. But for great evils drastic remedies are necessary and whoever has to treat them should not be afraid to use the instrument which cuts the best.”
― Klemens von Metternich
tags: danger, desperation, fighting-evil
0 likes

“We have taxes upon every article that enters into the mouth, or covers the back, or is placed under the foot; taxes upon everything which it is pleasant to feel, smell, or taste; taxes on everything in the earth, or in the waters under the earth; on everything that comes from abroad or that is grown at home ; taxes on the raw material; taxes on every value that is added to it by the industry of man ; taxes on the sauce which pampers man's appetite, and on the drug which restores him to health ; on the ermine which covers the judge, and the rope that hangs the criminal; on the poor man's salt, and the rich man's spice; on the brass nails of the coffin, and the ribbons of the bride; — on bed and board — couchant or levant — we must pay.

The schoolboy whips his taxed top; the beardless youth manages a taxed horse, with a taxed bridle, on a taxed road; and the dying Englishman, pouring his medicine, which has paid seven per cent, into a spoon which has paid fifteen per cent, flings himself back upon his chintz bed, which has paid twenty-two per cent, and expires in the arms of an apothecary who has paid a license of one hundred pounds for the privilege of presiding at his death-bed. His whole property is then taxed from two to twenty per cent. Besides the probate, large fees are demanded for burying him in the chancel ; his virtues are handed down to posterity on taxed marble, and he is gathered to his fathers to be taxed no more.”
― Sydney Smith
tags: excessive, taxes
0 likes

“I have always held that it is only when one sees one's own mistakes with a convex lens, and does just the reverse in the case of others, that one is able to arrive at a just relative estimate of the two.”
― Mahatma Gandhi, Gandhi: An Autobiography
tags: mistakes, reality, self-reflection
0 likes

“Millions for defense, not one cent for tribute.”
― Thomas Jefferson
tags: national-defense
0 likes

“[To Tsar Alexander I] Treason, your majesty, is a question of dates.”
― Charles Maurice De Talleyrand-Prigord
tags: treason, wit
1 likes

Books I Became So Obsessed With I Stopped Everything Else in My Life to Finish.

Greatest Russian Novels of All Time