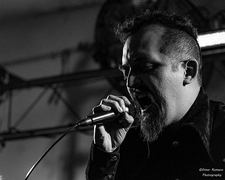 This will prevent Leonardo from sending you messages, friend request or from viewing your profile. They will not be notified. Comments on discussion boards from them will be hidden by default.
Sign in to Goodreads to learn more about Leonardo.

See all 11 books that Leonardo is reading…

“I'm trying to make myself invisible."

"That's an odd thing to attempt.”
― Lloyd Alexander, The Book of Three

“By means of our myths and legends we maintain a sense of what we are within and who we are. Without them we should undoubtedly go mad.”
― Michael Moorcock
0 likes

“Perhaps,' Taran said quietly, watching the moon-white riverbank slip past them, 'perhaps you have the truth of it. At first I felt as you did. Then I remember thinking of Eilonwy, only of her; and the bauble showed its light. Prince Rhun was ready to lay down his life; his thoughts were for our safety, not at all for his own. And because he offered the greatest sacrifice, the bauble glowed brightest for him. Can that be its secret? To think more for others than ourselves?'

That would seem to be one of its secrets, at least,' replied Fflewddur. 'Once you've discovered that, you've discovered a great secret indeed--with or without the bauble.”
― Lloyd Alexander, The Castle of Llyr

“The Bible tells us to be like God, and then on page after page it describes God as a mass murderer. This may be the single most important key to the political behavior of Western Civilization.”
― Robert Anton Wilson
tags: anton, religion
279 likes

“[...] if you're going to waste an opportunity, there are a few important things to remember. Do it in style. Do it in public. And, above all, do it in Manchester.”
― Peter Hook
2 likes

Languages & Translation — 62 members — last activity Mar 07, 2012 04:15AM
Meeting place for translators and other language professionals to recommend books (reference, theory, etc.) and talk about our profession.

Polls voted on by Leonardo