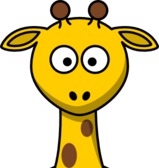 This will prevent Teodora from sending you messages, friend request or from viewing your profile. They will not be notified. Comments on discussion boards from them will be hidden by default.
Sign in to Goodreads to learn more about Teodora.

Teodora is currently reading
Before We Were Yours
by Lisa Wingate (Goodreads Author)
bookshelves: currently-reading

See all 4 books that Teodora is reading…

“I'd far rather be happy than right any day.”
― Douglas Adams, The Hitchhiker's Guide to the Galaxy
tags: happiness, rightness
2168 likes

“I ought to of shot that dog myself, George. I shouldn't ought to of let no stranger shoot my dog.”
― John Steinbeck, Of Mice and Men
70 likes

“I was a normal child. Which is to say, I was selfish and I was not entirely convinced of the existence of things that were not me, and I was certain, rock-solid, unshakeably certain, that I was the most important thing in creation. There was nothing that was more important to me than I was.”
― Neil Gaiman, The Ocean at the End of the Lane
178 likes

“Nu exista pe lume leac care sa tamaduiasca ceea ce nu tamaduieste fericirea/ There is no cure in this world which heals what happiness does not heal.”
― Gabriel Garcí­a Márquez, Of Love and Other Demons
tags: happiness, healing
4 likes

“She was clearly rich. Her handbag was too plain to be anything but incredibly expensive.”
― Gillian Flynn, The Grownup
4 likes

The Most Begun "Read but Unfinished" (Initiated) book ever

The BOOK was BETTER than the MOVIE

Polls voted on by Teodora