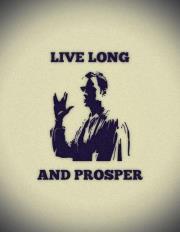 This will prevent Rishav from sending you messages, friend request or from viewing your profile. They will not be notified. Comments on discussion boards from them will be hidden by default.
Sign in to Goodreads to learn more about Rishav.

Rishav Agarwal is currently reading
India After Gandhi: The History of the World's Largest Democracy
by Ramachandra Guha
bookshelves: currently-reading

“Observation is at its core an expression of love which doesn’t get caught up in sentiment.”
― Takashi Hiraide, The Guest Cat
tags: love, observation
5 likes

“At the time it didn’t mean much, but now, at this age, I’ve finally experienced what the poet felt. The deep sense of loss after you’ve met the woman you love, have made love, then said goodbye. Like you’re suffocating. The same emotion hasn’t changed at all in a thousand years. I’ve never had this feeling up till now, and it makes me realize how incomplete I’ve been, as a person. I was a little late in noticing this, though.”
― Haruki Murakami
0 likes

“The classroom was a jail of other people’s interests. The library was open, unending, free.”
― Ta-Nehisi Coates
tags: books, finding-your-way, libraries, library
527 likes

“I know now that what is tragic isn’t the moment. It is the memory.”
― Jacqueline Woodson, Another Brooklyn
tags: memory, tragedy
28 likes

“How dreadful boredom is — how dreadfully boring; I know no stronger expression, no truer one, for like is recognized only by like… I lie prostrate, inert; the only thing I see is emptiness, the only thing I live on is emptiness, the only thing I move in is emptiness. I do not even suffer pain… Pain itself has lost its refreshment for me. If I were offered all the glories of the world or all the torments of the world, one would move me no more than the other; I would not turn over to the other side either to attain or to avoid. I am dying death. And what could divert me? Well, if I managed to see a faithfulness that withstood every ordeal, an enthusiasm that endured everything, a faith that moved mountains; if I were to become aware of an idea that joined the finite and the infinite.”
― Soren Kierkegaard
tags: boredom, philosophy
3 likes

Polls voted on by Rishav