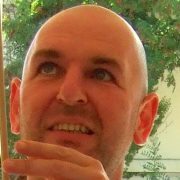 This will prevent Dov from sending you messages, friend request or from viewing your profile. They will not be notified. Comments on discussion boards from them will be hidden by default.
Sign in to Goodreads to learn more about Dov.

“CHRONO-SYNCLASTIC INFUNDIBULA—Just imagine that your Daddy is the smartest man who ever lived on Earth, and he knows everything there is to find out, and he is exactly right about everything, and he can prove he is right about everything. Now imagine another little child on some nice world a million light years away, and that little child’s Daddy is the smartest man who ever lived on that nice world so far away. And he is just as smart and just as right as your Daddy is. Both Daddies are smart, and both Daddies are right.    Only if they ever met each other they would get into a terrible argument, because they wouldn’t agree on anything. Now, you can say that your Daddy is right and the other little child’s Daddy is wrong, but the Universe is an awfully big place. There is room enough for an awful lot of people to be right about things and still not agree.    The reason both Daddies can be right and still get into terrible fights is because there are so many different ways of being right. There are places in the Universe, though, where each Daddy could finally catch on to what the other Daddy was talking about. These places are where all the different kinds of truths fit together as nicely as the parts in your Daddy’s solar watch. We call these places chrono-synclastic infundibula.    The Solar System seems to be full of chrono-synclastic infundibula. There is one great big one we are sure of that likes to stay between Earth and Mars. We know about that one because an Earth man and his Earth dog ran right into it.    You might think it would be nice to go to a chrono-synclastic infundibulum and see all the different ways to be absolutely right, but it is a very dangerous thing to do. The poor man and his poor dog are scattered far and wide, not just through space, but through time, too.    Chrono (kroh-no) means time. Synclastic (sin-class-tick) means curved toward the same side in all directions, like the skin of an orange. Infundibulum (in-fun-dib-u-lum) is what the ancient Romans like Julius Caesar and Nero called a funnel. If you don’t know what a funnel is, get Mommy to show you one.”
― Kurt Vonnegut, The Sirens of Titan
14 likes

Polls voted on by Dov