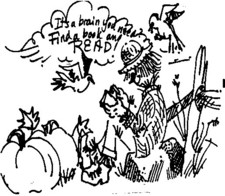 This will prevent Eric_W from sending you messages, friend request or from viewing your profile. They will not be notified. Comments on discussion boards from them will be hidden by default.
Sign in to Goodreads to learn more about Eric_W.

See all 412 books that Eric_W is reading…

“The legitimate powers of government extend to such acts only as are injurious to others. It does me no injury for my neighbor to say there are twenty gods or no god. It neither picks my pocket nor breaks my leg.”
― Thomas Jefferson
tags: atheism, philosophy, religion
1317 likes

“I have observed, indeed, generally, that while in protestant countries the defections from the Platonic Christianity of the priests is to Deism, in catholic countries they are to Atheism. Diderot, D'Alembert, D’Holbach, Condorcet, are known to have been among the most virtuous of men. Their virtue, then, must have had some other foundation than the love of God.

“Don't join the book burners. Don't think you're going to conceal faults by concealing evidence that they ever existed. Don't be afraid to go in your library and read every book...”
― Dwight D. Eisenhower
tags: books, censorship, freedom, libraries, reading, thought
767 likes

“You don't have to burn books to destroy a culture. Just get people to stop reading them.”
― Ray Bradbury
tags: culture, reading
11497 likes

Polls voted on by Eric_W