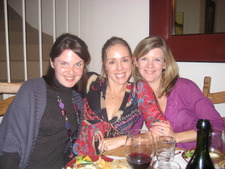 Andrea said: " Recommended by my therapist, both so I can help and relate to my ADHD child and because he suspects I have undiagnosed adult ADHD this was a good book.

I'm not going to lie-it was hard to get through. Chapters of listed items are brutal for an ADHD br

Recommended by my therapist, both so I can help and relate to my ADHD child and because he suspects I have undiagnosed adult ADHD this was a good book.

I'm not going to lie-it was hard to get through. Chapters of listed items are brutal for an ADHD brain. I think I will need to get a written copy to consult but it was helpful to educate myself.

See all 5 books that Andrea is reading…

“He already knows what I look like," Cath said. "There's no point in being tricky about it now."
"How is doing your hair--and maybe putting on some lip gloss--being tricky?"
"It's like I'm trying to distract him with something shiny.”
― Rainbow Rowell, Fangirl
108 likes

“[Author's Note:] When I was sixteen, two of my cousins were brutally raped by four strangers and thrown off a bridge in St. Louis, Missouri. My brother was beaten and also forced off the bridge. I wrote about that horrible crime in my first book, my memoir, A Rip in Heaven. Because that crime and the subsequent writing of the book were both formative experience in my life, I became a person who is always, automatically, more interested in stories about victims than perpetrators. I'm interested in characters who suffer inconceivable hardship, in people who manage to triumph over extraordinary trauma. Characters like Lydia and Soledad. I'm less interested in the violent, macho stories of gangsters and law enforcement. Or in any case, I think the world has enough stories like those. Some fiction set in the world of the cartels and narcotraficantes is compelling and important - I read much of it during my early research. Those novels provide readers with an understanding of the origins of the some of the violence to our south. But the depiction of that violence can feed into some of the worst stereotypes about Mexico. So I saw an opening for a novel that would press a little more intimately into those stories, to imagine people on the flip side of that prevailing narrative. Regular people like me. How would I manage if I lived in a place that began to collapse around me? If my children were in danger, how far would I go to save them? I wanted to write about women, whose stories are often overlooked.”
― Jeanine Cummins, American Dirt
tags: fiction, novels, representation, trauma, truth-in-fiction, verisimilitude, women-in-fiction, writing
20 likes