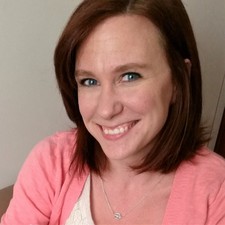 This will prevent Jen from sending you messages, friend request or from viewing your profile. They will not be notified. Comments on discussion boards from them will be hidden by default.
Sign in to Goodreads to learn more about Jen.

Jen Kierecki is currently reading
Things You Save in a Fire
by Katherine Center (Goodreads Author)
bookshelves: currently-reading

See all 4 books that Jen is reading…

“All that we see or seem is but a dream within a dream.”
― Edgar Allan Poe
tags: dreaming, dreams, perception
10694 likes

“I really wondered why people were always doing what they didn't like doing. It seemed like life was a sort of narrowing tunnel. Right when you were born, the tunnel was huge. You could be anything. Then, like, the absolute second after you were born, the tunnel narrowed down to about half that size. You were a boy, and already it was certain you wouldn't be a mother and it was likely you wouldn't become a manicurist or a kindergarten teacher. Then you started to grow up and everything you did closed the tunnel in some more. You broke your arm climbing a tree and you ruled out being a baseball pitcher. You failed every math test you ever took and you canceled any hope of being a scientist. Like that. On and on through the years until you were stuck. You'd become a baker or a librarian or a bartender. Or an accountant. And there you were. I figured that on the day you died, the tunnel would be so narrow, you'd have squeezed yourself in with so many choices, that you just got squashed.”
― Carol Rifka Brunt, Tell the Wolves I'm Home
561 likes

“The sun kept on with its slipping away, and I thought how many small good things in the world might be resting on the shoulders of something terrible.”
― Carol Rifka Brunt, Tell the Wolves I'm Home
183 likes

“Good writing is supposed to evoke sensation in the reader—not the fact that it is raining, but the feeling of being rained upon.”
― E.L. Doctorow
tags: show-not-tell
173 likes

“Always remember: In the end, the surviver gets to tell the story.”
― Nancy Werlin, The Rules of Survival
29 likes

Polls voted on by Jen