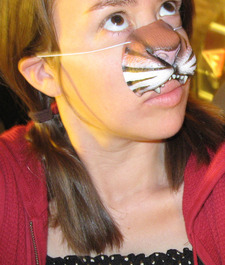 This will prevent Anita from sending you messages, friend request or from viewing your profile. They will not be notified. Comments on discussion boards from them will be hidden by default.
Sign in to Goodreads to learn more about Anita.

“He is a Londoner, too, in his writings. In his familiar letters he displays a rambling urban vivacity, a tendency to to veer off the point and to muddle his syntax. He had a brilliantly eclectic mind, picking up words and images while at the same time forging them in new and unexpected combinations. He conceived several ideas all at once, and sometimes forgot to separate them into their component parts. This was true of his lectures, too, in which brilliant perceptions were scattered in a wilderness of words. As he wrote on another occasion, "The lake babbled not less, and the wind murmured not, nor the little fishes leaped for joy that their tormentor was not."
This strangely contorted and convoluted style also characterizes his verses, most of which were appended as commentaries upon his paintings. Like Blake, whose prophetic books bring words and images in exalted combination, Turner wished to make a complete statement. Like Blake, he seemed to consider the poet's role as being in part prophetic. His was a voice calling in the wilderness, and, perhaps secretly, he had an elevated sense of his status and his vocation. And like Blake, too, he was often considered to be mad. He lacked, however, the poetic genius of Blake - compensated perhaps by the fact that by general agreement he is the greater artist.”
― Peter Ackroyd, Turner
tags: art, language, poetry, turner
3 likes

“I beg young people to travel. If you don’t have a passport, get one. Take a summer, get a backpack and go to Delhi, go to Saigon, go to Bangkok, go to Kenya. Have your mind blown. Eat interesting food. Dig some interesting people. Have an adventure. Be careful. Come back and you’re going to see your country differently, you’re going to see your president differently, no matter who it is. Music, culture, food, water. Your showers will become shorter. You’re going to get a sense of what globalization looks like. It’s not what Tom Friedman writes about; I’m sorry. You’re going to see that global climate change is very real. And that for some people, their day consists of walking 12 miles for four buckets of water. And so there are lessons that you can’t get out of a book that are waiting for you at the other end of that flight. A lot of people—Americans and Europeans—come back and go, ohhhhh. And the light bulb goes on.”
― Henry Rollins
163 likes

“Kazu, now that she thought of it, realized that for all her headstrong temperament, she had never loved a man younger than herself. A young man has such a surplus of spiritual and physical gifts that he is likely to be cocksure of himself, particularly when dealing with an older woman, and there is no telling how swelled up with self-importance he may become. Besides, Kazu felt a physical repugnance for youth. A woman is more keenly aware than a man of the shocking disharmony between a young man's spiritual and physical qualities, and Kazu had never met a young man who wore his youth well. She was moreover repelled by the sleekness of a young man's skin.”
― Yukio Mishima, After the Banquet
tags: age, youth
3 likes

“Driving home, I heard the explosion and thought it was a new story born. But, Adrian, it’s the same old story, whispered past the same false teeth. How can we imagine a new language when the language of the enemy keeps our dismembered tongues tied to his belt? How can we imagine a new alphabet when the old jumps off billboards down into our stomachs? Adrian, what did you say? I want to rasp into sober cryptology and say something dynamic but tonight is my laundry night. How do we imagine a new life when a pocketful of quarters weighs our possibilities down?”
― Sherman Alexie, The Lone Ranger and Tonto Fistfight in Heaven
8 likes

Vince Donovan
author of: The Californiad

Simon Schama
author of: The Power of Art
More…

Polls voted on by Anita