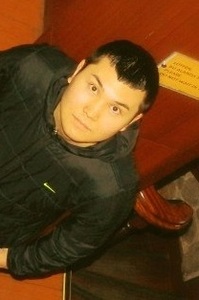 This will prevent Yerzhan from sending you messages, friend request or from viewing your profile. They will not be notified. Comments on discussion boards from them will be hidden by default.
Sign in to Goodreads to learn more about Yerzhan.

“When it comes to bicycling, short trips, close to home, are the lowest-hanging fruit. A quarter of all our daily travel is done within a mile of our homes. We do most of these short hops by car; less car-centric standards for neighborhood roads could easily make bicycling or walking a more attractive option. This need becomes especially clear when you know that these short local trips result in 60% of the pollution caused by our cars.”
― Elly Blue, Bikenomics: How Bicycling Can Save The Economy
tags: air-pollution, bicycling, cars
1 likes

“Teen drivers are more dangerous even than drivers in their eighties. And safety education, including showing teens gory movies of car crashes, has little effect.”
― Elly Blue, Bikenomics: How Bicycling Can Save The Economy
tags: car-crash, cars, education, safety, teenagers
1 likes

“The primary causes of unhappiness? Having a bad commute. If you have a job, the drive there is the most stressful thing you’ll do on any given day. And people with particularly long car commutes are more likely to be depressed, have a mental health breakdown, and even get divorced.”
― Elly Blue, Biketopia: Feminist Bicycle Science Fiction Stories in Extreme Futures
tags: car, commute, distance, happiness, work
0 likes

“The worst effects of breathing polluted air are experienced where it is densest: in traffic. Spending time on and near highways, freeways, and other busy roads is terrible for your health. How near is a question that is still being studied, but researchers believe that the effects are worst within either a fifth or a third of a mile. People in cars or buses are exposed to considerably more air pollution, perhaps because of, rather than despite, being in a closed space. People walking and bicycling on or next to roads breathe more air, but inhale somewhat less pollution; and cyclists have been found to have even less risk if they are on paths that are separated from the road.”
― Elly Blue, Bikenomics: How Bicycling Can Save The Economy
tags: air-pollution, bicycling, health, traffic
1 likes

Arthur Conan Doyle
author of: A Study in Scarlet

Polls voted on by Yerzhan