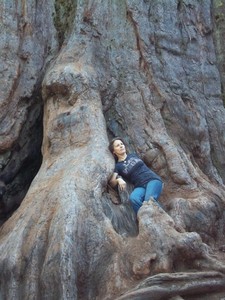 This will prevent Janice Marie from sending you messages, friend request or from viewing your profile. They will not be notified. Comments on discussion boards from them will be hidden by default.
Sign in to Goodreads to learn more about Janice Marie.

“demonstrably weak and not very bright man,”
― Rick Wilson, Running Against the Devil: A Plot to Save America from Trump--and Democrats from Themselves
2 likes

“industrial-scale ass-kissing, and the worst instincts and beliefs scraped from the darkest corners of our national shame closet.”
― Rick Wilson, Everything Trump Touches Dies: A Republican Strategist Gets Real About the Worst President Ever
3 likes

“Sadly, the Trump right is just as intolerant of people who vary from their narrow set of beliefs and values as the most fervent Social Justice Warrior on the left. They’re just as dedicated to suppressing speech they dislike; ask Michelle Wolff or any NFL player who took a knee to protest police misconduct.”
― Rick Wilson, Everything Trump Touches Dies: A Republican Strategist Gets Real About the Worst President Ever
2 likes

“The Party of Lincoln is now the Party of Trump, a weak, cowardly, amoral, and faithless husk of a once-great party of ideas and leadership. They’ll follow him into a political graveyard, red hats, tawdry nationalism, dumb policies, cruel tweets, and all. Their cult-like obedience to him has consumed their honor, and their souls.”
― Rick Wilson, Running Against the Devil: A Plot to Save America from Trump--and Democrats from Themselves
3 likes

“Bannon’s tenure in the Trump White House went about as well as expected; he’s a sloppy thinker, largely disorganized, and given to impulses that run him into political and ideological box canyons. He’s also a man who loves to have enemies. He needs enemies—real and imagined—to function.”
― Rick Wilson, Everything Trump Touches Dies: A Republican Strategist Gets Real About the Worst President Ever
2 likes

Polls voted on by Janice Marie