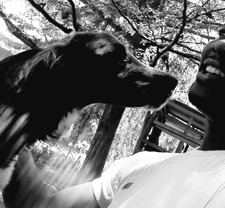 This will prevent Nick from sending you messages, friend request or from viewing your profile. They will not be notified. Comments on discussion boards from them will be hidden by default.
Sign in to Goodreads to learn more about Nick.

The World Inside by Robert Silverberg
1 highlight
Urgently he compels himself to revel. Much depends on this. Below him 974 wondrous floors of urbmon and if he wants to stay up here he must know how to play.
See Nick Hargreaves’s 5 books with notes and highlights…

“Every moment think steadily as a Roman and a man to do what thou hast in hand with perfect and simple dignity, and feeling of affection, and freedom, and justice; and to give thyself relief from all other thoughts.”
― Epictetus, Stoic Six Pack (Illustrated): Meditations of Marcus Aurelius, Golden Sayings, Fragments and Discourses of Epictetus, Letters from a Stoic and The Enchiridion
0 likes

“The creatures outside looked from pig to man, and from man to pig, and from pig to man again; but already it was impossible to say which was which.”
― George Orwell, Animal Farm
tags: animal-farm, animals, man, satirical
3268 likes

“If you tell a big enough lie and tell it frequently enough, it will be believed.”
― Walter Langer
tags: lies, paraphrased
1350 likes

“O my soul, do not aspire to immortal life,
but exhaust the limits of the possible.”
― Pindar
131 likes

“I assert most unhesitatingly, that the religion of the south is a mere covering for the most horrid crimes,—a justifier of the most appalling barbarity,—a sanctifier of the most hateful frauds,—and a dark shelter under, which the darkest, foulest, grossest, and most infernal deeds of slaveholders find the strongest protection.”
― Frederick Douglass, Narrative of the Life of Frederick Douglass
3 likes

Polls voted on by Nick