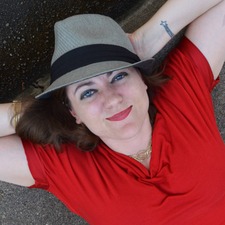 Andrea Duffie is currently reading
The Plan of Chicago: Daniel Burnham and the Remaking of the American City
by Carl Smith
bookshelves: currently-reading

Andrea Duffie is currently reading
Tales of Texoma: Episodes in the History of the Red River Border
by Michael L. Collins
bookshelves: currently-reading

“Love does not begin and end the way we seem to think it does. Love is a battle, love is a war; love is a growing up.”
― James A. Baldwin
tags: love
5288 likes

“In a good bookroom you feel in some mysterious way that you are absorbing the wisdom contained in all the books through your skin, without even opening them.”
― Mark Twain
tags: bookroom, books, libraries, wisdom
10306 likes

“I, with a deeper instinct, choose a man who compels my strength, who makes enormous demands on me, who does not doubt my courage or my toughness, who does not believe me naïve or innocent, who has the courage to treat me like a woman.”
― Anaïs Nin
tags: men, women
9372 likes