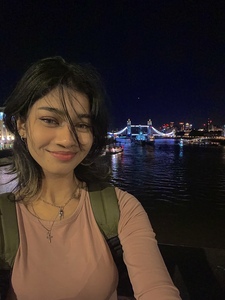 This will prevent bipasha from sending you messages, friend request or from viewing your profile. They will not be notified. Comments on discussion boards from them will be hidden by default.
Sign in to Goodreads to learn more about bipasha.

bipasha is currently reading
The Wicked King (The Folk of the Air, #2)
by Holly Black (Goodreads Author)
bookshelves: currently-reading

“[...] who tests you on a novel? The whole idea of reading a novel, or a poem, is to come up with your own ideas about it.”
― Kathleen Glasgow, How to Make Friends with the Dark
12 likes

“There have been many plagues in the world as there have been wars, yet plagues and wars always find people equally unprepared. [...] When a war breaks out people say: 'It won't last, it's too stupid.' And war is certainly too stupid, but that doesn't prevent it from lasting. Stupidity always carries doggedly on, as people wold notice if they were not always thinking about themselves. In this respect, the citizens of Oran were like the rest of the world, they thought about themselves, in other words, they were humanists: they did not believe in pestilence. A pestilence does not have human dimensions, so people tell themselves that it is unreal, that it is a bad dream which will end. But it does not always end and, from one bad dream to the next, it is people who end, humanists first of all because they have not prepared themselves.”
― Albert Camus, The Plague
tags: guerre, metaphor, peste, pestilence, plague, stupidity, war, ww2
27 likes

“They say nothing lasts forever and I’m writing you in the voice of an endangered species.”
― Ocean Vuong, On Earth We're Briefly Gorgeous
116 likes

“if you want to enjoy the rewards of being loved, you also have to submit to the mortifying ordeal of being known.”
― Tim Kreider, I Wrote This Book Because I Love You: Essays
89 likes

“it's weird how a jacket can be more reliable than a father.”
― Sabrina Benaim, Depression & Other Magic Tricks
30 likes

Branwen Sedai *of the Brown Ajah*

Danielle (Life of a Literary Nerd)

Polls voted on by bipasha